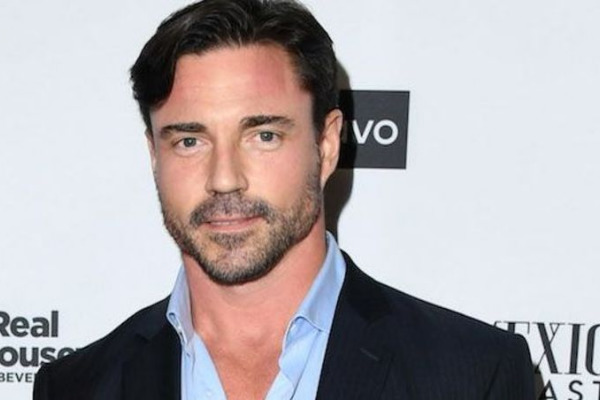 Aaron Phypers is a famous actor from America. He is famous for being the husband of actress and former model Denise Richards. Aaron is best known for his acting in the TV series “Air Emergency”.

He is interested in physics and he learned that the human body has its own frequency. Aaron’s goal is to support people and heal their injuries, and pain with the help of frequency devices.

Denise Richards and Aaron Phypers are sharing a happy married life. They keep sharing photos on their Instagram account.

Aaron Phypers was born Aaron William Cameron on September 16, 1972, in Los Angeles, California, USA. He is currently 50 years old as of 2022. His zodiac sign is Virgo and he holds American nationality.

His mother’s name is Patricia Phypers but, his father’s name has not been revealed yet. He has one younger brother named Kyle Phypers.

Aaron Phypers completed his graduation from California State University. After that, he went to Los Angeles to learn acting.

Aaron Phypers made his debut with the TV documentary series named “Air Emergency” in 2003. After that, he appeared for an episode titled “Frozen in Flight” in the series “First Officer Monreal”.

In 2011, Aaron Phypers played the role of Brett in the horror comedy movie named “The Leap”. Since that movie, he has not appeared in any movies and TV series.

Apart from acting, Aaron runs a light and sound healing center named “Quantum 360” which offers natural healing energy for pain and injuries in the human body.

Denise Richards was born on February 17, 1971, in Illinois, USA. She is currently 51 years old as of 2022. Richards is an actress, TV personality, and a former model.

Richards has appeared in movies including “Starship Troopers”, “Wild Things”, “The World Is Not Enough” and several others. She has also appeared in TV series including “Blue Mountain State”, “Twisted”, “The Bold and the Beautiful” and many more.

In 2011, Denise published a book named “Reka Girl Next Door” which became a New York Times Best Seller. In 2018, the media assumed that Denise would appear in the “The Real Housewives of Beverly Hills” after her marriage with Aaron.

Previously, Denise tied the knot with American actor Charlie Sheen in 2002. In 2006, Denise and Charlie separated.

Previously, Aaron was married to a British actress named Nicolette Sheridan in December 2015. They got divorced after 6 months.

After that, Aaron started dating Denise Richards at the end of 2017. They announced their engagement in September 2018. Later, they tied the knot on September 8, 2018. The couple is planning to adopt a child.

What is the Net Worth of Aaron Phypers?

Being an actor and owner of the healing center, Aaron has earned a good amount of money. Moreover, he has an estimated net worth of $150,000 as of 2022. His annual salary is $50k.

Whereas, his wife Denise Richards has an estimated net worth of $12 million.

Why is Aaron Phypers famous?

Aaron Phypers is famous for being the husband of renowned actress Denise Richards.