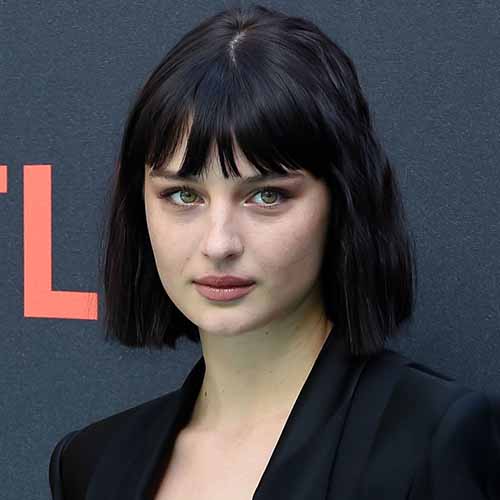 Alice Pagani is an Italian actress who rose to fame after the role of Ludovica in Netflix’s Teen drama series named Baby in 2018.

Moreover, her debut movie was Il permesso – 48 ore fuori which was released on December 13, 2016.

Alice Pagani was born on the 19th of February in 1998, in Rome, Itay. Her zodiac sign is Pisces. She is Italian by nationality and her ethnic background is white. She has not shared any information about her parents and siblings to the public yet. Likewise, there is no information about the schools and Universities she went to.

What is Alice Pagani’s Height?

Alice Pagani has a height of 5 feet 5 inches and weighs 50 kg. There is no information about her bra size, shoe size, and dress size. However, her hair color is brown and has a pair of beautiful blue eyes.

In 2016 Alice Pagani appeared as Ludmilla in the drama-crime movie Il permesso – 48 ore fuori. Thus it was the beginning of her acting career. After that, she was offered to play in the series Baby in 2018. Her role of Ludovica Storti in the series was well received and earned her both fame and fan following. Alice Pagani played alongside another Italian actress Benedetta Porcaroli in the series.

Alice Pagani has not shared any information about her relationship status so far. She once shared a photo with a guy named Dark Pyrex on her Instagram account but we can’t confirm that she is dating or not.

What is Alice Pagani’s Net Worth?

As of 2020, Alice Pagani has a net worth of $500 thousand which is quite impressive as she has only been in the entertainment industry for three years now. Besides, acting she also earns through various brand endorsements and promoting ads as well.