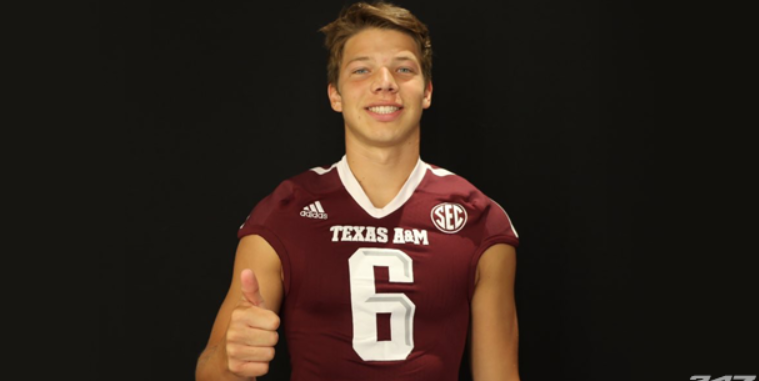 Cade Fortin is an American footballer who is at present playing for the club South Florida Bulls Football and his preferred playing position is quarterback. His wears the jersey number of #6 in the team.

Earlier, he played for North Gwinnett High School. Moreover, he was nominated for the 2018 U.S. Army All-American Bowl before beginning his senior year. He was quite unlucky in his 2020 season as he suffered from back to back injuries.

Cade Fortin was born on 28th February 1999 in Atlanta. He grew up in his hometown in Suwanee, Georgia. He is American by nationality and belongs to white ethnic background. He follows Christianity religion and Pisces is his birth sign. His father’s name is Troy Fortin, and his mother’s name is Debi Fortin. His other family members include his three siblings; a brother and two sisters.

Football is in the genes of Fortin family. His uncle, Roman Fortin was also a football professional football player. Roman played football at San Diego State and played 12 seasons in the NFL as an offensive lineman with the Chargers, Lions, and Falcons. Similarly his cousin, Turner Fortin, played football at Georgia from 2014-18.

However his sister Alexa is a volleyball player and plays as the setter on the Georgia volleyball team.

Talking about his education, Cae studied at North Gwinnett High School to study communication. He then joined North Carolina University.

In the beginning Cade Fortin played for North Gwinnett High School. Because of his impressive skills he was listed as the No. 19 pro-style quarterback and the No. 50 player in Georgia by the 247Sports.

After that, he was ranked No. 34 at his position and No. 74 in Georgia by Rivals. He suffered back to back injuries during his senior years and missed many games. However, he threw 1,841 yards and 16 TDs during his junior years. In addition he ran for 512 yards and obtained three scores.

Likewise, he played in the Georgia Elite All-Star Classic shortly after his junior season. Apart from that, he was nominated for the 2018 U.S. Army All-American Bowl before to his senior year started. He was trained by the late American football coach Bill Stewart.

He was shortlisted in the team squad and played four games in his true freshman season in 2018 for North Carolina. He played in the 2019 season and went to Syracuse, Kansas, and Vanderbilt before joining USF prior to the beginning of the season.

Besides, he had his best game of the year against Tulsa, leading the Bulls on a touchdown drive that saw him complete 2-of-2 passes for 25 yards and run four times for 39 yards before being knocked out of the game on his last run in the series.

Cade Fortin has decided to join Arkansas. Arkansas is adding more strength to its quarterback position by signing Cade.

Who is Cade Fortin Girlfriend?

Cade Fortin is at present single. He has not mentioned anything anything regarding his relationship. He might be focusing on his career at the moment avoiding any form of distractions.

There is no exact information about Cade Fortin’s net worth. The talented quarterback is still a young player and will earn in million with his future salary, deals and endorsements.

Cade Fortin is a very handsome and young man with a tall height of 6 feet 3 inches weighs 221 lbs or 100 kg. His body type is athletic. He has a pair of pale yellow eyes and his hair color is blonde. His other body measurements are not available at the moment.