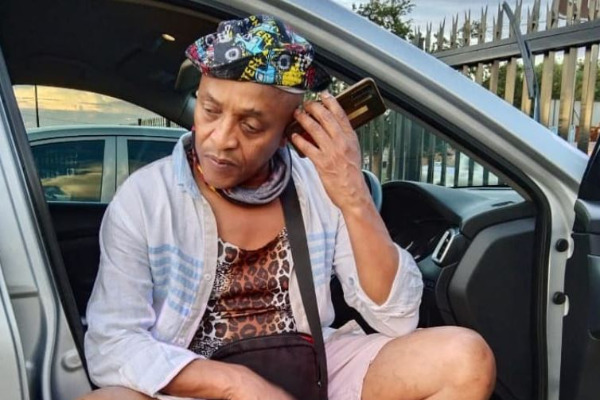 Dumisani Dlamini is a famous actor, producer, and filmmaker from South Africa. Most people recognize him as the father of rapper and singer Miss. Amala Ratna Zandile Dlamini a.k.a. Doja Cat. Dumisani and her daughter Doja Cat are famous among their fans.

Doja and Dumisani don’t know each other very well. They had never met each other. But, Doja praised him very much and she also said that her father is a great dancer as well as an actor. He moved to South Africa when Doja was very small.

Why is Dumisani Dlamini famous?

Dumisani Dlamini is a famous actor, producer, and filmmaker. But, he is more famous for being the father of American singer and rapper, Miss. Amala Ratna Zandile Dlamini also known as Doja Cat.

Dumisani Dlamini was born on October 23, 1963, in Durban, South Africa. But, he grew up in Mzansi. He is currently 59 years old as of 2022. His mother left this world in the mid-90s but he couldn’t attend his mother’s funeral.

Dlamini has not revealed much information about his childhood, siblings, education, family, etc. We hope he will reveal all the information regarding these. So, stick with us to know more about Dumisani’s life.

Dumisani has hinted that he has finally met his daughter Doja Cat.

Dumisani made his first screen debut in 1992 with the musical Sarafina! He has also performed in theaters. He started to work in theatre at the age of 22.

One of his memorable stage performances was “Nomanthemba” for which he was also awarded the 1995 Joseph Jefferson Award for Best Choreographer.

He has also been part of the movie “Stander” in 2004. The film featured one of the lead actors Thomas Jane who played the role of Punisher. He also got a chance to work as a producer on some projects like “Of Journey”, “Homecoming”, “Drum”, and many more.

In one of the interviews, Dumisani also mentioned that he stayed in New York for around 15 years and performed along with Whoopi Goldberg, Leleti Khumalo, and Mbongeni Ngema.

Recently, in 2021, he played in the movie “Bta Yule” and also in one of the famous South African thriller series “Reyka”.

Where does Dumisani Dlamini live now?

Dumisani Dlamini left America saying that he felt homesick and as of now, he is living in South Africa far from his wife, and kids.

In his acting career, Dumisani received the 1995 Joseph Jefferson Award for best Choreographer for the stage performance of “Nomanthemba”. He was also nominated for Golden Horn Award for Best Supporting Actor.

Dumisani was married to Deborah Elizabeth Sawyer in 1995. They met for the first time in the early 90s while doing the theater tour. The couple together had two children named Doja Cat and Raman Dlamini. Dumisani left the USA as he felt homesick. He tried to bring his family to South Africa but he failed to do so.

Deborah alone raised her daughter Doja Cat and Raman Dlamini by herself in Los Angels, USA. As of 2022, Doja Cat is a famous rapper and singer. She started making music when she was a teenager. Some of her hit songs are “So High”, and “Ep Purr!”.

Doja Cat once mentioned that she has never met her father Dumisani and she only knows that he is a great dancer as well as an actor. She loves her father a lot.

How old is Dumisani Dlamini?

What is the Net Worth of Dumisani Dlamini

Dumisani Dlamini has earned a huge amount of wealth as an actor, and producer. He is living a lavish and luxurious lifestyle in South Africa whereas his family is in America. However, he has an estimated net worth of $2 million as of 2022.

Dumisani Dlamini is 5 feet 6 inches or 167 cm tall. His weight is 80 kg or 176 lbs. His hair color is black and his shoe size is 10 us (10 UK). There is no further information available about his body measurements.