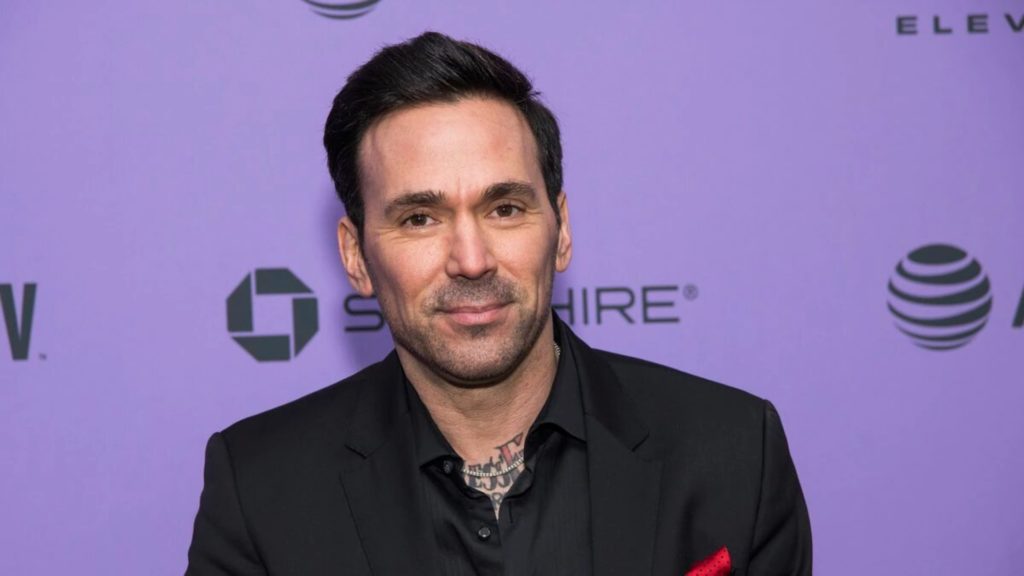 Jason David Frank was a famous actor and professional mixed martial artist from the USA. He was known for playing the role of Tommy Oliver(Green Ranger) in the series “Power Rangers”.

Frank was the CEO and President of Rising Sun Karate Academy (R.S.K.A).

Was Jason David Frank in “Undressed”?

Jason David Frank played the role of Carl in the series “Undressed”.

Jason David Frank was born on September 4, 1973, in Covina, California, United States. He died at the age of 49 on November 19, 2022. His zodiac sign was Virgo and followed the Christianity religion.

Frank’s father’s name was Ray Frank and his mother’s name was Janice Frank. He had one sibling named Eric Frank, who died in 2001 due to several illnesses.

Jason appeared in the web series “Ninjak vs. the Valiant Universe” and “Transformers: Titans Return” in 2017.

In 2009, Jason signed a contract with the sports marketing company called “SuckerPunch Entertainment”. Later, he made his MMA debut for the United States Amateur Combat Association on January 30, 2009.

Frank made his professional debut on August 4, 2010, and fought against Jose Roberto Vasquez in Houston. He made his debut with the Ultimate Warrior Challenge on May 22, 2010. He fought against Carlos Horn and won the first round through armbar submission and defeated Carlos.

What happened to Jason David Frank?

Jason David Frank passed away on November 19, 2022. The real cause of his death has not been revealed but reports indicate that it was a suicide.

Jason David Frank had earned a good amount of money throughout his career. Moreover, he had an estimated net worth of $1.2 million at the time of his death.

Jason David Frank was married to Shawna on May 8, 1994. Jason and Shawna together had 3 kids named Jacob, Hunter, and Skye. But, the couple separated in April 2001.

After that, Jason tied the knot with a martial artist Tammie. They had a daughter named Jenna Frank.

Why was Jason David Frank famous?

Jason David Frank was famous for his role as Tommy Oliver (Green Ranger) in the series “Power Rangers”.