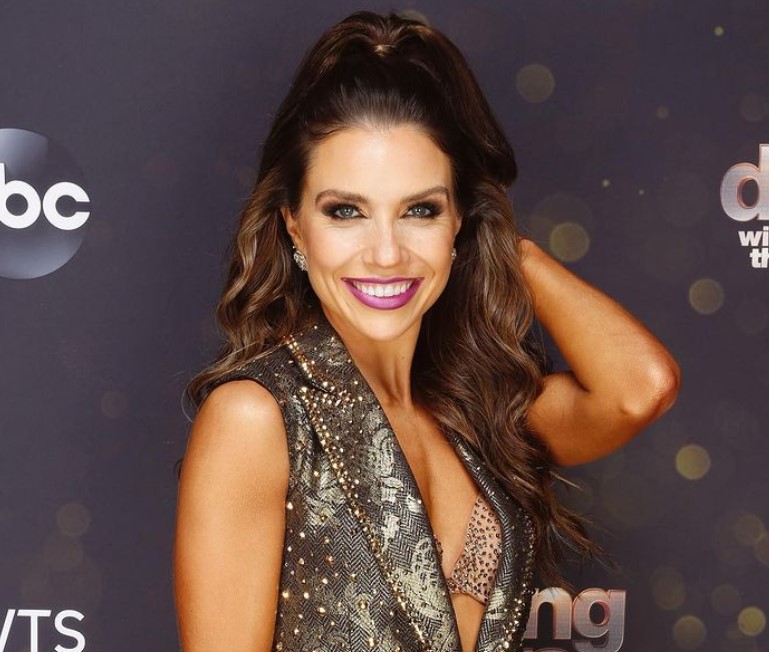 Jenna Johnson is an American Latin and ballroom dancer and choreographer best known for her debut on “Dancing with the Stars”. In 2018, she won the mirror ball with her partner, Olympic figure skater Adam Rippon.

Her first big break came in season 10 of “So You Think You Can Dance,” when she finished as the ladies’ third runner-up in 2013.

A skilled dancer since the age of 3, Johnson was even a mentor to Jake Monreal on the program.

Jenna Johnson was born in Provo, Utah, on April 12, 1994. Jenna Johnson Chmerkovskiy Americnan by nationality Johnson is White and Aries is her zodiac sign.

Jenna grew up in her hometown with her six siblings, including two elder sisters, Stacy and Jillian, both dancers, and three brothers, Scott, Jason, and Skyler.

She attended Timpview High School and graduated in 2012. Her sisters influenced her to start learning ballroom, ballet, jazz, modern, and hip hop at the age of 3.

Jenna Johnson has only been married once. Johnson is married to fellow Dancing with the Stars ballroom dancer Valentin Chmerkovskiy.

Valentin is a Ukrainian-American professional dancer who has received several awards. The pair met on the program and started dating soon after, dated intermittently throughout 2016 until getting engaged on June 14, 2018.

They ultimately married on April 13, 2019, after being together for nearly 3 years despite an age gap of 8 years.

Jenna Johnson earns a solid living as a professional dancer. Having began her profession as a dancer at the age of 3, she has won multiple national championships and even appeared on “Dancing with Stars”.

Her involvement on “Dancing with Stars” has undoubtedly increased her net worth since her main source of revenue is dancing events. Her net worth is estimated at $7 million.