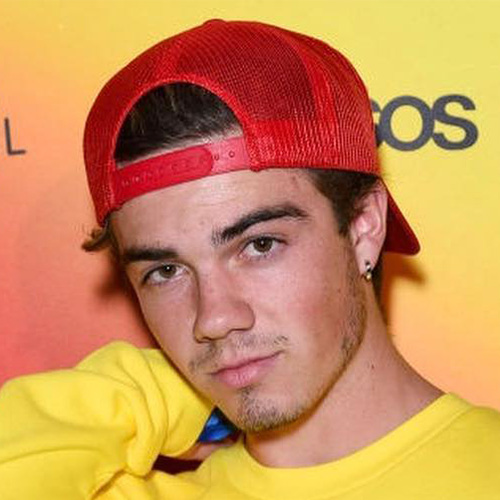 Jordan Beau is an American social media celebrity who is also popular on TikTok. He is well-known among his followers for his video content on TikTok.

Jordan Beau was born on November 24, 1998, in Encinitas, California, USA. His zodiac sign in Sagittarius. He is American by nationality and his ethnic background is Caucasian. He has not shared anything regarding his parents at the moment. He has only one sibling, a brother called Jeremy Beau in his whole family. His brother is also a popular YouTuber.

Besides, he has not provided details related to his education.

Jordan Beau has a height of 5 feet 8 inches and weighs 72 kg. His hair color and eye color are both dark brown.

Jordan Beau initially gained recognition after making a YouTube channel titled Beau Bros with his sibling Jeremy in 2016. However, Jeremy decided to concentrate on his studies and left the channel. Jordan then changed the channel’s name to his own name.

The channel currently has an impressive 1.29 million subscribers. He generally creates and uploads comedy, trick shots videos, challenges related videos. So far he has uploaded 849 videos. His most viewed video has reached more than 7.8 million views.

Jordan Beau has 854.2K followers on TikTok at the moment. Most of his videos are dance, comedy, and many others.

Jordan Beau is currently dating Jordyn Jones who is also an Instagram star with over 6.3 million followers on her official account. Jordyn is additionally a dancer who participated in the starting season of the ‘Lifetime Dance Reality Series Abby’s Ultimate Dance Competition’.

Their relationship began in 2018. They regularly upload pictures on social media. Jordan has posted many TikTok videos including Jordyn. They are currently residing in Temecula, California.

Before Jordyn he was in a relationship with Brownie.