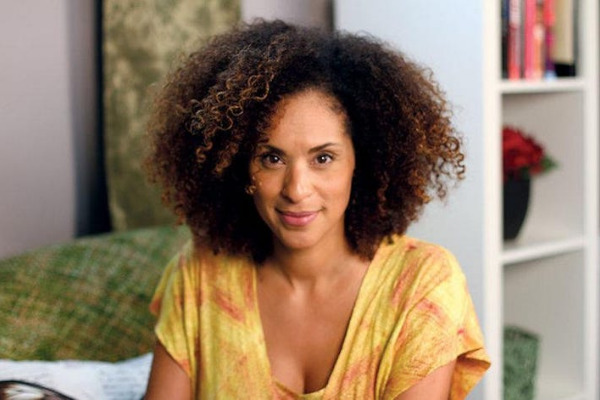 Karyn Parsons is a famous actress, author, and comedian from America. She is best known for her role as Hilary Banks in the series named “The Fresh Prince of Bel-Air”. She also played in the award-winning movie called “Mixing Nia”.

Parsons is also the founder of the Sweet Blackberry Foundation which produces animated movies and books.

What is Karyn parsons doing now?

Karyn Parsons is currently working as an author. Recently, she has written the novel named “How High The Moon”.

Karyn Parsons was born on October 8, 1966, in Los Angeles, California, USA. She is currently 56 years old. Her zodiac sign is Libra and she holds an American nationality.

Karyn completed her graduation from Santa Monica High School. She received scholarships at New York City’s Tisch School of the Arts and at Columbia University.

Karyn Parsons made her acting debut in 1987 with a drama named “The Bronx Zoo”. After 2 years, she appeared in the horror film named “Death Spa”. She got the breakthrough when she played the role of Hilary Banks in the drama series called “The Fresh Prince of Bel-Air”.

In the 1990s, Karyn appeared in an episode of the series “Blossom”, “Out All Night”, “The Joh Larroquette Show”, etc. She also appeared as Emily Walburn in the comedy movie “Major Payne” which was directed by Nick Castle. The movie also featured Michael Ironside and Steven martini.

In 1996, Karyn joined the cast of the sitcom named “Lush Life”. She played the titular role in the award-winning movie named “Mixing Nia”. She played the role of Julie Simmons in the comedy movie “The Ladies Man” in 2000. The movie also featured a comedian and former Saturday Night Live cast member, Tim Meadows.

Karyn played a lead role in ABC’s drama named “The Job”. The drama follows a New York City Police who is addicted to alcohol, cigarettes, and drugs. She also played an amazing role in Alexandre Rockwell’s comedy-drama movie “13 Moons”.

She runs the foundation named the Sweet Blackberry Foundation which produces animated movies and books related to unhonoured black heroes.

Apart from acting, she has published 3 books for children including a middle-grade novel, How High the Moon, and Flying Free.

What is the name of Karyn’s organization?

Karyn Parsons tied the knot with actor Randy Brooks in 1987. Randy is known for his role in the soap opera “The Young and the Restless”. The couple got divorced in 1990.

Later, Karyn got married with a famous director Alexandre Rockwell in 2003. The couple together had one daughter named Lana and one son named Nico.

What is the Net Worth of Karyn Parsons?

Why is Karyn Parsons famous?

karyn Parsons is famous for her role as Hilary Banks in the series “The Fresh Prince of Bel-Air”.

Karyn Parsons loves to post photos and videos on her social media handles. She has around 304k followers on Instagram. On Twitter, she has around 29k followers. But, she is not active on Facebook.