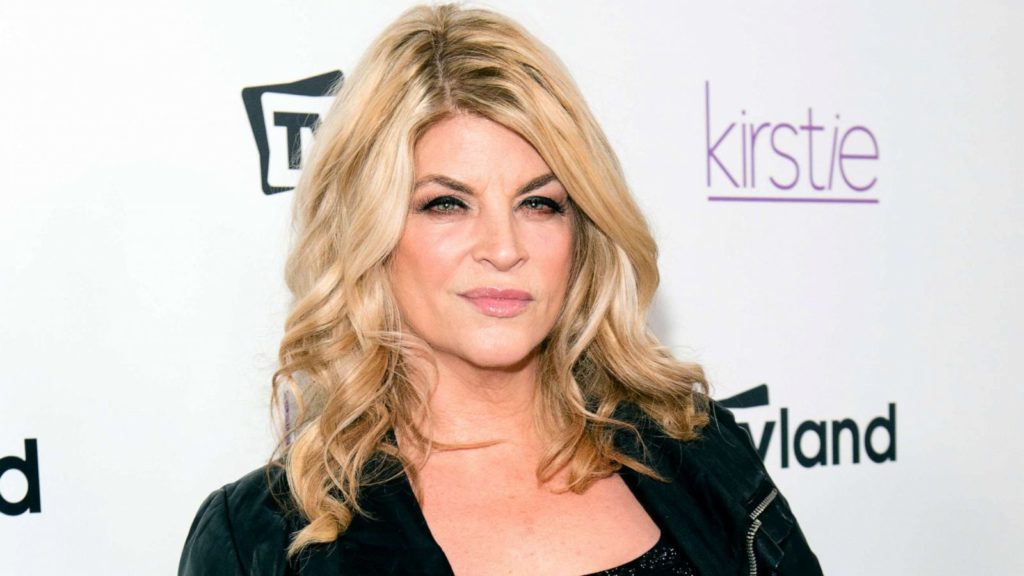 Kirstie Louise Alley is an experienced and award-winning American actress, comedian, and spokesmodel best known for her roles in the television series “Cheers” and films such as “Star Trek II: The Wrath of Khan” and “Look Who’s Talking.”

She started off as an interior designer, but things changed once she appeared on the iconic NBC game program ‘Match Game,’ followed by another show called ‘Password Plus.’ Her breakthrough came in 1982, with the release of the American science fiction picture ‘Star Trek II: The Wrath of Khan.’ This was followed by appearances in other films and television shows.

Kirstie Louise Alley was born in Wichita, Kansas, to Robert Deal Alley and Lillian Mickie (née Heaton) on January 12, 1951. Her father was the owner of a wood factory, while her mother was a housewife. Craig and Colette are her two siblings.

She moved to Los Angeles to study Scientology and pursue a career in interior design, and she joined the Church of Scientology in 1979. Alley was drawn to the California party scene at the time and ultimately became a heroin addict.

She went through a Scientology-affiliated drug treatment program to overcome drug abuse. As of 2007, she has achieved Operating Thetan Level 7. She also gave the Church $5 million in 2007.

In 1981, she lost her mother in a car accident caused by a drunk driver. Her father was badly injured in the tragedy, but he finally recovered.

She was raised as a Methodist and attended Wichita Southeast High School, where she graduated in 1969. She then attended Kansas State University the following year.

She appeared on the NBC-aired popular American television panel game show ‘Match Game’ in 1979, although not in the ‘Match Game ’79’ season. Alley, an interior designer at the time, won the first and second rounds of the event, taking home $500 and $5500, respectively.

The next year, she featured as a participant on another NBC-aired American TV game show, ‘Password Plus,’ which increased her popularity in the entertainment industry.

Her feature film début was in the 1982 science fiction hit ‘Star Trek II: The Wrath of Khan,’ which made $97 million at the box office. She played Vulcan Starfleet officer Lieutenant Saavik in the film but did not play the role again in the sequels.

In 1987, she succeeded Shelley Long in the role of Rebecca Howe in the NBC comedy ‘Cheers,’ which became one of her most memorable performances. She appeared in 148 episodes of the series, beginning in 1987 and ending on May 20, 1993.

‘Cheers’ not only pushed her to stardom, but it also earned her multiple Emmy and Golden Globe nominations throughout its run. In 1991, she received an Emmy Award for Outstanding Lead Actress in a Comedy Series and a Golden Globe Award for Best Actress in a Television Series Musical or Comedy.

Meanwhile, she became well-known in the big hit romantic comedy movie ‘Look Who’s Talking,’ in which she co-starred with John Travolta. This movie grossed a record-breaking $297 million at the box office in 1989. She starred as Mollie in the film and repeated the character in the sequels ‘Look Who’s Talking Too’ (1990) and ‘Look Who’s Talking Now’ (1991). (1993).

During the 1991-1993 season of ‘Saturday Night Live,’ she hosted two episodes. Her next major role was as Sally Goodson in ‘David’s Mother,’ an American television film that premiered on CBS on April 10, 1994. The film, which was also shown globally and distributed in home entertainment formats in the United Kingdom, the United States, and Australia, among other countries, earned her an Emmy Award for Outstanding Lead Actress -Miniseries or a Movie, as well as a Golden Globe Award nomination.

She was awarded with a motion picture star on the Hollywood Walk of Fame at 7000 Hollywood Boulevard in 1995.

She remained an executive producer on the NBC comedy ‘Veronica’s Closet,’ in which she played the lead character Veronica Chase. The sitcom, which ran for three seasons from September 25, 1997 to December 7, 2000, won her Emmy, Golden Globe, and Screen Actors Guild nominations.

She appeared twice on the American dance competition TV show ‘Dancing with the Stars,’ each time with dancer-choreographer and coach Maksim Chmerkovskiy. The first time she finished as runner-up in the show’s 12th season in 2011, and the second time she was eliminated in the 15th season in 2012.

She drew a lot of attention for her attempts to lose weight, which she claims began growing in late 2003. She also starred in the American reality television series ‘Kirstie Alley’s Big Life’ (2010), which highlighted her life as a single mother and her struggles to lose weight.

She founded ‘Organic Liaison’ in 2010 and declared in September 2011 that she utilized the company’s weight reduction products and dropped 100 pounds (45 kg). In 2012, she was hit with a class-action lawsuit involving false advertising.

The complaint was finally resolved in 2013 when she agreed to remove the phrase “Proven Products” from the product’s container and put a notice stating it is a “calorie-based weight-loss product” in the brand’s website, in addition to paying a $130,000 compensation. The Organic Liaison product line was eventually included into the Jenny Craig product range.

Who is Kirstie Alley’s Husband?

In 1970, she married her distant cousin, Bob Alley, but the marriage barely lasted seven years.

Parker Stevenson, an American television and film actor, was her husband from December 1983 till sometime in 1997. William True and Lillie Price are their two children.

She announced the birth of her grandson, Waylon Tripp Parker, via William True on June 21, 2016.

What is Kirstie Alley’s Net Worth?

Kirstie has an estimated net worth of $40 million.