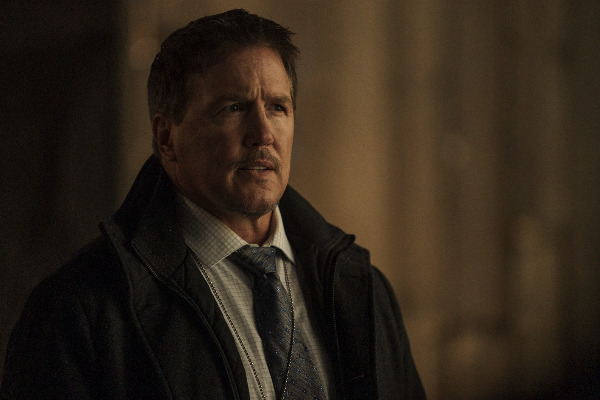 Lochlyn Munro is a famous Canadian actor. He is mostly recognized for his movies like “A night at the Roxbury”, “Scary Movie”, “The Predator”, “Cosmic Sin”, etc. His famous TV series are “Northwood”, “Charmed”, “Riverdale”, etc.

Munro is a former professional hockey player but, he left playing hockey after suffering from a serious injury. He is also a musician and used to perform in various clubs around Vancouver.

Why is Lochlyn Munro famous?

Lochlyn Munro is famous for his roles in movies like “Scary Movie”, “White Chicks”, “Cosmic Sun”, and many more.

Lochlyn Munro was born on February 12, 1966, in Lac la Hache, British Columbia, Canada. He is currently 56 years old as of 2022. His zodiac sign is Aquarius and holds Canadian nationality.

He has not revealed any information about his family, childhood, and siblings.

Lochlyn played the role of Jack Sheridan in the 2nd season of the series “Charmed” which aired in 1999. He also played in other TV series like “Without A Trace”, “CSI: Miami” and “CSI: NY”.

Munro played the role of Peter Museveni in the 100th episode of “Andromeda”. The name of the episode was “Pride Before the Fall”. He also collaborated with Wayans Family multiple times. He starred in 4 movies with Wayans Family which includes “Scary Movie”, “White Chicks”, “Little Man” and “Dance Flick”.

In 2017, he played the recurring role of Hal Cooper in the famous teen drama named “Riverdale”. Munro is also a talented musician. He has performed with various bands in clubs around Vancouver and British Columbia.

How old is Lochlyn Munro?

What is the Net Worth of Lochlyn Munro?

Lochlyn Munro earns a good amount of money. Being a former hockey player Munro’s main source of income is acting. Moreover, he has an estimated net worth of $800k as of 2022.

Lochlyn Munro is currently married to Sharon Munro. They got married on June 14, 1997. Recently, the couple celebrated their 25th marriage anniversary on June 14, 2022.

The couple together had one daughter named Magdalen and one son named Hudson. Hudson is interested in playing baseball.

Lochlyn Munro is very much active on Instagram with over 616k followers. He is also active on Twitter with around 143k followers. But, he is not active on Facebook.

What happened to Lochlyn Munro?