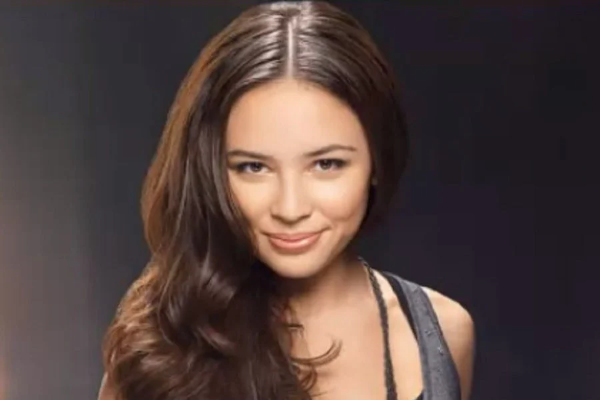 Malese Jow is an actress, singer, and songwriter from America. She is mainly recognized for her role as Geena Fabiano in the famous Nickelodeon sitcom “Unfabulous” and as Anna in the CW drama series “The Vampire Diaries”.

She is the former host of a sideshow of “The Vampire Diaries” named “TVD Rehash”.

How old is Malese Jow?

Malese Jow was born on February 18, 1991, in Tulsa, Oklahoma, America. She is currently 31 years old as of 2022. Her zodiac sign is Aquarius and holds American nationality.

Her mother’s name is Lanae Tilley Jow but her father’s name has not been revealed. She has 3 siblings named Makenna Jow, Jensen Jow, and Braden Jow. Malese and her family moved to California when she was just 9 years old.

Malese Jow started her career as a singer. She used to sing in charity events, baseball games, and talent competitions. When she was only 7 years old, she was selected over many other singers to sing along with Rodney Lay and a famous country music group named “The Wild West”.

She was signed for different commercials and radio jingles by McDonald’s in 1999. Jow appeared in the kid’s vocalist category on Ed McMahon’s show “Next Big Star” in which she won 4 rounds.

Apart from singing, Malese also appeared as a child artist in “Barney & Friends” when she was only 6 years old. She started her acting career in 2004 by playing on the famous Nickelodeon show “Unfabulous”.

After that, Jow played the role of Quinn in the musical comedy show “Bratz: The Movie” in 2007. She was also featured along with famous singer Selena Gomez in the sitcom “Wizards of Waverly Place” in 2007.

Malese has also played in various music videos like “When You’re Around”, “Famous”, etc. She has also appeared in the music video of the single “Time Bomb” by the American band “All Time Low”.

In the MTV fantasy series named “The Shannara Chronicles”, Jow appeared as Mareth Ravenlock. After that, she played the role of Ariana in the movie “I Wrote This For You” that released in 2018. Her recent work was on the TV series “Invincible” released in 2020.

Where is Malese Jow now?

What is the Net Worth of Malese Jow?

Malese Jow earns a good amount of money from acting and singing. Moreover, she has an estimated net worth of $2 million.

Is Malese Jow dating someone?

Previously, Malese Jow was involved in a few relationships. She was in a relationship with actor Kevin Jonas. As of now, she is living a single life.

Why is Malese Jow famous?

Malese Jow is famous for her role as Anna in the CW drama series “The Vampire Diaries”.