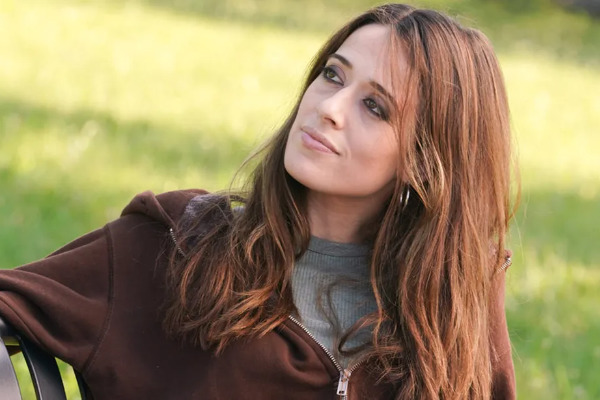 Marina Squerciati is a famous actress from America. She is known for her appearance in the NBC drama called “Chicago P.D.” Marina has featured in around 8 episodes of Gossip Girl. She has appeared as a Russian Spy in the movie “The Americans”.

Marina has also played in the movies like “It’s Complicated”, “Sparks”, “Frances Ha” and many more. She played the same character in 5 TV series that are: “Law & Order: Special Victims Unit”, “Chicago Fire”, “Chicago P.D.”, “Chicago Med”, and “Chicago Justice”.

Why is Marina Squerciati famous?

Marina is famous for appearing in the series “Chicago P.D.” as Officer Kim Burgess.

Marina Squerciati was born Marina Teresa Squerciati on April 30, 1984, in New York, America. She is currently 38 years as of 2022. Her mother’s name is Marie Squerciat. She is a famous writer.

Marina was born and raised in New York City. She hasn’t revealed anything about her siblings and childhood. Talking about her education, she completed her graduation from Northwestern University in 2003 with a BA in Theater.

Talking about her Theater work, Marina made her debut in Theater with “To Be or Not to Be” which was directed by Casey Nicholaw. She has also played in “Manipulation”, “Beauty of the Father” and many more.

Marina has also played the role of “Kerri Taylor” in the famous musical comedy play “Perfect harmony”. She was also a member of “The Essentials”.

Marina Squerciati appeared in the movie “The Nutcracker” in 1993 which was directed by Emile Ardolino. She made her official debut in the movie “It’s Complicated” in 2009. Later in 2012, she got an offer to play in the movies “Alter Egos” and “Frances Ha”.

Marina has also been part of the indie movie named “Sparks”. The story of the movie was based on the comic SPARKS written by William Katt. After that, she finally made her TV debut with the series “Law & Order: Criminal Intent” which premiered in 2009.

Also, she has appeared as a guest in the series “The Good Wife”, “Blue Bloods”, and “Law & Order: Special Victims Unit” in 2010 and 2011. After that, she got the attention of many people when she appeared in 8 episodes of the series “Gossip Girl”.

Later, in 2013, she appeared as a guest in the FX series “The Americans” as a Soviet or Russian Spy. In 2013, she was again cast as an officer for Chicago Fire Spin-off Chicago P.D. She played the role of Kim Burgess and the show premiered on January 8, 2014.

How old is Marina Squerciati?

Marina Squerciati was married to Eli Kay-Oliphant who is a famous Attorney in 2016. After a year of marriage, on Feb 15, 2017, Marina announced on Twitter that she is pregnant. Later, she gave birth to a baby daughter in the month of May.

Finally, the court documents have claimed that Marina is the daughter of financier John R. Jakobson in September 2019. But, he has left this world early. He was also the father of actress Maggie Wheeler.

However, the documents have suggested that Jakobson has paid for Marina and also for child support. He also paid the college expenses as Marina studied at Dalton and Northwestern University.

What is the Net Worth of Marina Squerciati?

Marina has earned a good amount of wealth from her outstanding acting career. She is able to live a luxurious life from her own income. However, she has an estimated net worth of $500,000 as of 2022. She gets paid an average of $40k to $120k while appearing in movies.

Marina charges around $20 to $40 thousand per episode in TV serials. Her main source of income is acting.

Marina announced through Twitter that she is pregnant. She gave birth to a baby girl in the month of May.