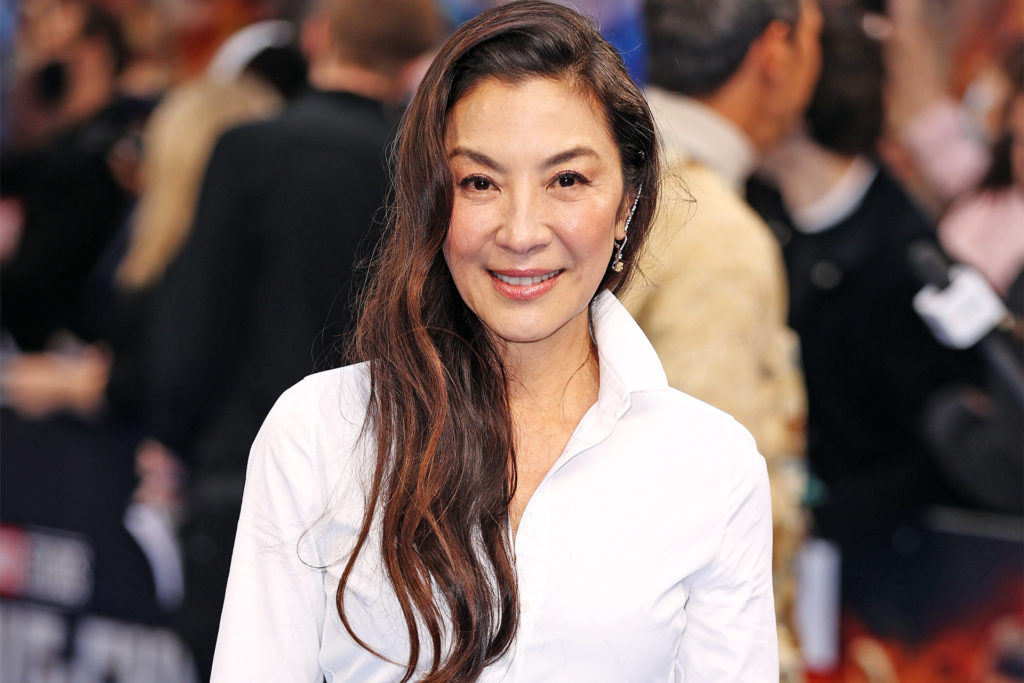 Michelle Yeoh is a famous actress, model, and producer from Malaysia. She is one of the highest-paid actresses in Asia. Yeoh is popular for her role as Wai Lin in the James Bond movie “Tomorrow Never Dies”.

Yeoh was a member of the jury at the 49th Berlin International Film Festival held in 1999.

Michelle Yeoh was born Michelle Yeoh Choo on August 6, 1962, in Ipoh, Perak, Malaysia. Her zodiac sign is Leo and she holds Malaysian nationality.

Yeoh’s father’s name is Yeoh Kian Teik and her mother’s name is Janet Yeoh. Her father was a lawyer and MCA politician. She has two siblings named Robert Yeoh and Lam Hoe Yeoh.

Why is Michelle Yeoh Famous?

Michelle Yeoh is famous for her role as Wai Lin in the James Bond movie “Tomorrow Never Dies”.

Michelle Yeoh won the Miss Malaysia pageant in 1983. She represented her country at the Queen of the Pacific pageant in Australia and won the crown. This achievement provided her global recognition.

After that, she entered the acting field and appeared in action movies like “Yes Madam”, “Magnificent Warriors”, and “Easy Money”. She performed all the stunts by herself in these action movies. But, in 1987, she decided to retire from acting after marrying a businessman, Dickson Poon.

After getting divorced from Dickson Poon in 1992, she came back to the movie industry and appeared in movies like “Police Story 3: Super Cop”, “The Heroic Trio”, “Tai Chi Master”, “Wing Chun”, and many more.

Yeoh received international recognition after appearing in the hit James Bond movie “Tomorrow Never Dies” in 1997. She wanted to perform all her stunts by herself, but the director Roger Spottiswoode refused her request.

Yeoh played the role of Aung San Suu Kyi in the biographical movie “The Lady” in 2011. In the same year, she became the ambassador of the traditional French cosmetics company named “Guerlain”. She made her TV debut as Mei Foster/Li-Na in the final season of “Strike Back”.

Michelle Yeoh has earned a good amount of money throughout her career. Moreover, she has an estimated net worth of $45 million as of 2022.

Who played the role of Aung San Suu Kyi in “The Lady”?

Michelle Yeoh played the role of Aung San Suu Kyi in the biographical movie “The Lady”.

Michelle Yeoh tied the knot with a businessman, Dickson Poon in 1988. But, they separated in 1992. Later, she dated Dr. Alan Heldan. Alan is cardiologist.

After breaking up with Dr. Alan in 2004, she started dating Jean Todt. Jean is a sports executive and ex-CEO of Ferrari. They confirmed their engagement in July 2008. Currently, she is living happily with Jean Todt.