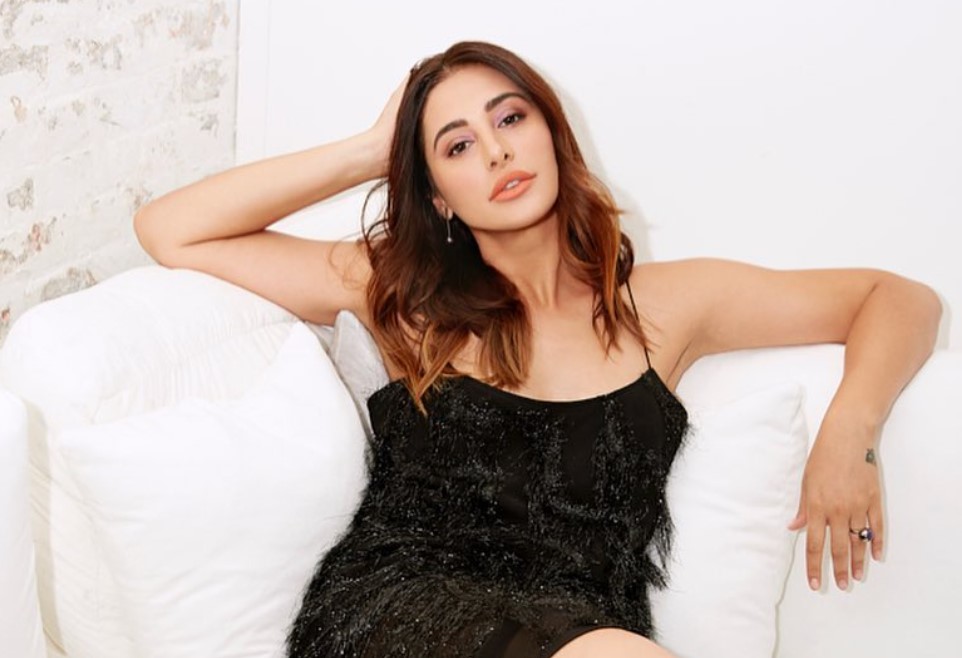 Nargis Fakhri is a well-known American actress and model best known for her work in the Bollywood film business. Fakhri made her Bollywood debut in 2011 with her performance in the popular romantic drama “Rockstar,.”

Fakhri won the hearts of millions of viewers and even the filmmakers who cast her in many more popular films with her American accent Hindi pronunciation in the movies. Her other well-known roles include “Main Tera Hero” (2014), “Spy” (2015), and “Housefull 3.” (2016).

Moreover, Nargis had already made news, particularly during her time in Bollywood, when she was thought to be dating Indian actor Uday Chopra. The story appeared to be a well guarded secret until Nargis herself disclosed in a recent interview in September 2021 that she had dated Uday for five years before splitting up with him. Fakhri has amassed a sizable social media following, with over 6.8 million followers on Instagram: @nargisfakhri and over 4 million followers on Twitter: @NargisFakhri, thanks to her rising fame.

Nargis was reared in Queens with her younger sister, Aliya, as the oldest daughter of her mixed-parents, Mohammed Fakhri (father) and Marie Fakhri (mother). Her father was a Pakistani businessman, while her mother was a former police officer in the Czech Republic. Her parents, on the other hand, divorced when she was six years old, and her father died a few years later.

Nargis attended Queens College as a child and finished with a bachelor’s degree. She then transferred to City University of New York, where she majored in Fine Arts and minored in Psychology. She has always been interested in modeling and began her career as a model when she was 16 years old.

In 2004, Nargis Fakhri competed in the second and third cycles of the modeling competition “America’s Next Top Model.” She subsequently pursued a career as a model, working for freelancing agencies and attending fashion events in the United States on a regular basis. She rose to prominence after appearing in a prominent Indian print advertisement for the 2009 Kingfisher Calendar. Her performance in the ad garnered her notoriety and drew the attention of Indian director Imtiaz Ali, who cast her in her first film.

In 2011, she made her professional acting debut in Imtiaz Ali’s musical romance drama “Rockstar,” in which she played the female protagonist. She co-starred in the film with Ranbir Kapoor, which was one of the highest-grossing Hindi films of the year. In 2013, she was cast with John Abraham in the political thriller “Madras Cafe.” She also had a cameo appearance in the action comedy “Phata Poster Nikhla Hero” in the item number “Dhating Naach.” In 2014, she was cast in the romantic comedy “Main Tera Hero” starring Varun Dhawan and Ileana D’Cruz. She next starred with Salman Khan in the action movie “Kick” in a hit item number called “Yaar Naa Miley.” With her role in Paul Feig’s action comedy “Spy” in 2015, she received her first Hollywood assignment. After a year off, she returned in 2016 to sing the item number “Desi Girl” in the Tamil film “Saagasam.” In the same year, she starred as Sangeeta Bijlani in the biographical sports drama “Azhar.”

In 2016, she was cast in the successful romantic comedy film “Housefull 3.” In the same year, she appeared in a tiny part in the adventure comedy “Dishoom.” In 2016, she co-starred in the musical film “Banjo” with Riteish Deshmukh. In 2018, she appeared in her second Hollywood film, the romantic comedy “5 Weddings.” In 2019, she made her acting debut in the horror film “Amavas.” Her most recent performance was as Ayesha in the thriller film “Torbaaz,” which was released in 2020 and starred Sanjay Dutt.

Nargis Fakhri is presently single and has not been linked to anybody. She had previously been in a covert romance with Indian actor Uday Chopra for many years. In 2017, the pair was supposed to be living together in Mumbai, however they both denied it at the time. After years of silence, Nargis has now spoken up about her previous relationships with Uday, whom she dated for 5 years until they split up in 2017.

“Uday and I dated for five years, and he was the most gorgeous person I’d ever seen in India. People advised me to keep my relationship private, so I never notified the press, but I now regret it because I should have screamed from the mountaintops that I was with such a lovely person. The internet and social media are incredibly deceptive, and the general public will be unaware of the facts. Most of the time, we revere those who are awful behind closed doors.”

Their relationship, however, did not work out. She started dating American director Matt Alonzo in 2018, who has created music videos for a number of musicians, including Pitbull, Odd Future, Justin Bieber, and others. Their relationship didn’t work out either, and they ended up breaking up in 2019.

Nargis Fakhri’s professional career as an actor and model has paid her well. Nargis began her career as a model for tiny publications before becoming a professional actor in 2011. She has since progressed to become one of Bollywood’s most prominent actresses. Her money comes from movie appearances, commercial partnerships, and modeling contracts. She is reported to have a net worth of over $12 million, with a salary of roughly $1 million.

Nargis Fakhri was named a Young World Counselor during the Bogota summit. Nargis presents herself as a “global native” because of her mixed Punjabi-Czech heritage and American nationality.