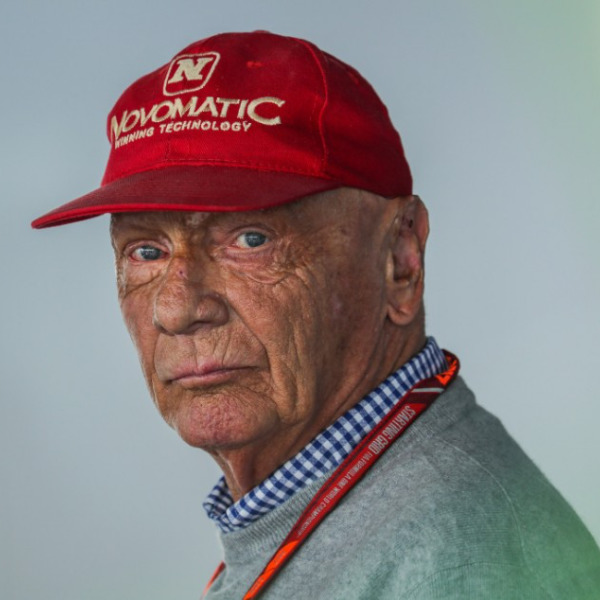 Niki Lauda is a famous Austrian professional Formula One driver and aviation entrepreneur. He is the greatest formula one driver who has contributed to the well-being and fame of sports. He has won three formula one driver championships in the world.

Niki Lauda is recognized as the only driver who has won a world championship with two of the greatest formula one teams, Ferrari and McLaren. Andreas Nikolaus “Niki” Lauda is his birth name but he is mostly famous by his stage name or game name Niki Lauda.

Within a very short period of time, he managed to earn himself a name and fame in the field of racing and was regarded as the greater driver in the history of Formula One.

Niki Lauda was born on February 22, 1949, in Vienna, Austria. As of 2022, he would have been 73 years old unfortunately Niki left the world and all his beautiful memories back on May 20, 2019, University Hospital of Zürich, Zürich, Switzerland. At the time of his death, he was just 70 years old.

Niki wasn’t just a Formula one driver he even owned his own airline named Lauda Airlines. He is a multitalented and versatile person who worked really hard to earn his place in the field of racing and even off the field. His zodiac sign is Pisces according to his birthdate.

As a young driver, he joined  Formula Ve also known as Formula Volkswagen. Later he joined a formula one team named March Engineering and continued his formula one journey.

His life as a professional formula one driver changed drastically when he moved himself to one of the greatest formula one teams Ferrari back in 1974. Since then there was no looking back at his professional career. Within a span of time, he was a renowned and celebrated name in the game.

Meanwhile, in 1997 after the injured season he won the world championships with a bang as he won his first three races and in the other 7 races he was second.

In the 1977 championship year, Niki didn’t even race his last three Grand Prix as chances were given to their reserve driver as Niki was already a champion.

Back on 1 August 1976 after his breathtaking spell of run Lauda met with a life-threatening accident. Lauda was involved in a car accident where his Ferrari swerved off the track, hit an embankment, and burst into flames which made contact with Brett Lunger’s Surtees-Ford car. He crashed in a German Grand Prix.

Niki being the greatest formula one driver has stayed away from the social media handles during his professional life. As he was a very secretive and private kind of a person and opted to stay away from public places and people and just enjoy his personal life.

Even though he was a renowned celebrity and a superstar he was away from social media platforms. He sometimes featured himself in the Mercedes AMG Petronas F1 Team during his time as a Non-Executive Chairman of the team.

Niki Lauda’s net worth as of 2022 is more than 200 million at the time of his death back in 2019. He is among the sixteenth richest driver in the world.

All through his hard work and dedication, Niki managed to earn himself a place in the global list of the highest-earning athletes as a race driver.

Yes, Niki Lauda is among the richest driver in the world. His earnings as a driver were more than 200 million dollars including all his salary and brand deals. He even owned his own airline named Lauda Airlines. Meanwhile, after his career as a driver, he joined the Mercedes F1 team and worked as a chairman earning more than 20 million a year.

Meanwhile being a celebrity kid Niki’s children has kept their profile very low-key and private and are away from social media life and public life.