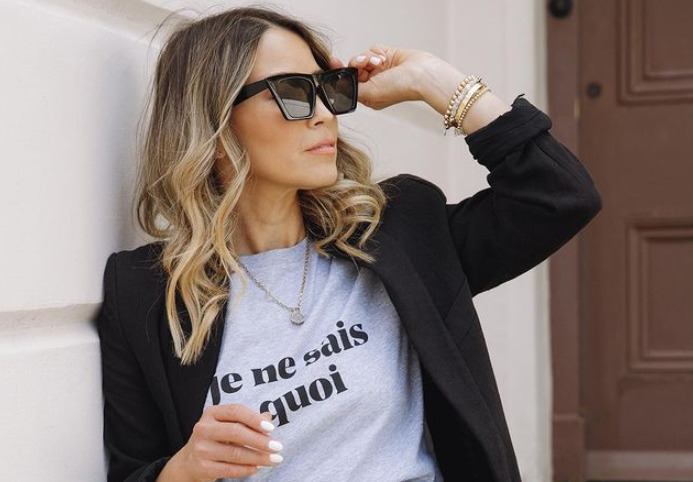 Rachel Lauren Stevens, better known by her stage name Rachel Stevens, is an English singer, actor, and businesswoman. She is most known for her time as a member of the musical group S Club 7 from 1999 until 2003. She first gained notoriety when she won a modeling competition sponsored by the UK teen magazine “Just 17” in 1993, beating out 5,000 other contestants. She also worked in a film firm and later in public relations, but she became dissatisfied with her employment and decided to pursue a singing career instead. In September 2003, she released her solo debut studio album “Funky Dory.” She debuted as a judge on “The Voice” of Ireland in 2015. Stevens knocked over 5,000 other contestants in a UK teen magazine modeling competition. She finished second in the sixth season of “Strictly Come Dancing,” the British equivalent of Dancing with the Stars. In 2013, Rachel also worked as a mentor assistant on “The X Factor New Zealand.” In 2022, she will compete in the fourteenth season of “Dancing on Ice.”

Rachel Stevens has stated that she is “terrified” to compete on the forthcoming season of Dancing On Ice because her only experience on the rink is “wobbling around” with her children at Christmas time. Stevens, who came in second place on the 2008 season of Strictly Come Dancing, will join a star-studded cast when the ITV show resumes on January 16. “I’m very happy – I can’t wait for it all to start,” she told Hello! magazine. It’s such a lovely group of individuals, and I like my partner Brendyn Hatfield, so it’s both thrilling and worrisome. “It’s absolutely horrifying!”

“I’ve danced and performed for years,” she continued, “but doing it on ice means starting from zero.”But I’m excited to simply go for it and have a good time – and I’m really enjoying working with Brendyn. He’s very charming and a fantastic teacher.” “I am not a trained dancer, I’ve learned on the job,” she said in response to criticism that her experience as a pop artist and as a contestant on Strictly Come Dancing will give her an advantage. Dancing with a partner is completely different from what I did in a band. “Of course, if you’re a performer, you’ve already had that experience, but I think everyone simply has to bring themselves to the stage.” The journey is what people like seeing.”She is well-known for her work as an English singer, television personality, actress, and entrepreneur. Between 1999 and 2003, he was a member of the pop group S Club 7.

Rachel Stevens was born in the United States.

Rachel Stevens first opened her eyes on the 9th of April 1978 in Southgate, London, England. Rachel Lauren Stevens was born into a Jewish religious family under the name Rachel Lauren Stevens. She was born in the United Kingdom and is of mixed ethnicity, as she is of Ashkenazi Jewish origin. Rachel is 43 years old as of 2021, and her star sign is Aries, according to her birth date. As a result, her race is white. Her father, Michael Stevens, and mother, Linda Hart, are her parents (mother). Jason and Leigh are her two brothers.

Rachel earned her schooling at Osidge JMI School and Ashmole School in London, as well as a business diploma from the London College of Fashion.

Rachel Stevens began her career as a member of the pop group S Club 7, which rose to prominence in 1999 after appearing in their own BBC television series, “Miami 7.” They released four studio albums, the first of which was “club,” which featured a strong 1990s pop vibe, and the last of which was “Seeing Double.”S Club, however, announced their disbandment during a live onstage performance on April 21, 2003. Rachel then signed a £1.5 million solo four-album deal with Polydor Records and re-signed with Fuller in 2003, and her debut solo song, “Sweet Dreams My LA Ex,” was released in September of that year, written by Cathy Dennis and produced by Bloodshy & Avant. Later the same month, she released her debut solo album, “Funky Dory.”In July 2004, she released the BBC Sport Relief charity track “Some Girls” and subsequently landed a £1 million agreement with Matalan, with her popular song “More More More” serving as the theme song for Matalan’s advertising campaign.
Rachel also starred in the comedy film “Suzie Gold” in 2004, and in March 2005, she released her new single, “Negotiate with Love.”

Rachel starred in the comedy flicks “Deuce Bigalow: European Gigolo” and “Spider-Plant Man” in 2005, and her second album, “Come and Get It,” was released in October 2005 and reached number 28 in the UK.
In 2008, she portrayed Patrica Ravelston in the animated short Glendogie Bogey, and in August, she was confirmed as a contender on “Strictly Come Dancing” alongside professional dancer Vincent Simone. From 2008 to 2014, she and Simone performed in the “Strictly Come Dancing Christmas Specials.”In 2011, she collaborated with toddler food business Ella’s Kitchen on a charity children’s collection called “Tasty Tunes.” In 2013, she worked as a mentor assistant on the New Zealand version of “The X-Factor.”

On the 6th of October 2014, RTE, Ireland’s state broadcaster, stated that Stevens would be the fourth coach on “The Voice of Ireland.”Across December 2014, she also went to the “Strictly Come Dancing Christmas” special and the Strictly Tour, a dance exhibition in the United Kingdom. Later, in May 2015, all seven founding members of S Club 7 reunited for a Bring It All Back 2015 arena tour. Rachel joined the cast of “Celebrity Masterchef” in 2017 and starred in an episode of “Celebrity Mastermind” the following year. She joined Louis Smith, Melody Thornton, and Lee Ryan in the “Rip It Up The 70s” theatre show in 2019. Rachel will also compete in the 14th season of “Dancing on Ice” in 2022.

Rachel Stevens has a husband, but who is he?

Rachel Stevens is a married woman with two children. In June 2008, she became engaged to Alex Bourne, her 18-month boyfriend, and they married on August 2, 2009. The wedding was held at a synagogue. The couple found out they were expecting their first child on May 19, 2010. Her first daughter was born in 2010, and her second daughter was born in 2014. (Amelie Bourne, Minnie Blossom Bourne). Rachel has previously dated Daniel Cohen, Jeremy Edwards, Gavin Dein, and Oliver Trevena, all of whom she dated for roughly two years. She is currently married to her attractive husband Alex Bourne and is living a happy life. She is straight in terms of sexual orientation.

Rachel Stevens is a multi-talented woman with a $5 million net worth as of 2021. She also makes a sizable compensation, which is in the tens of thousands of dollars every year. She’s been the face of Pretty Polly, Sky Sports, Marks & Spencer, and Focus Dailies in recent years. Rachel was named the new Schwarzkopf Herod Gliss hair ambassador in 2009. In October 2011, she was the face of the Seven Seas Health Oils launch. Her English singer, television personality, actress, and businesswoman profession is also a substantial source of revenue for her. Singer, actor, and businesswoman from the United Kingdom.

Rachel Stevens has a convincing appearance and a standard height of 5 ft 1 in (155 cm). Her body weight was around 50 kg or 110 lbs, and she had a beautiful body mixed with a good appearance. Her hair is blonde, and her eyes are dark brown. Furthermore, Rachel’s body type is slender.

She beat over 5,000 other contestants in a UK teen magazine modeling competition.
Strictly Come Dancing, the British version of Dancing with the Stars, ranked her second in the sixth season.
S Club 7 included both her and Paul Cattermole.
She debuted as a judge on The Voice of Ireland in 2015.
In 2003, she embarked on a solo career, releasing tracks such as “Sweet Dreams My LA Ex.”