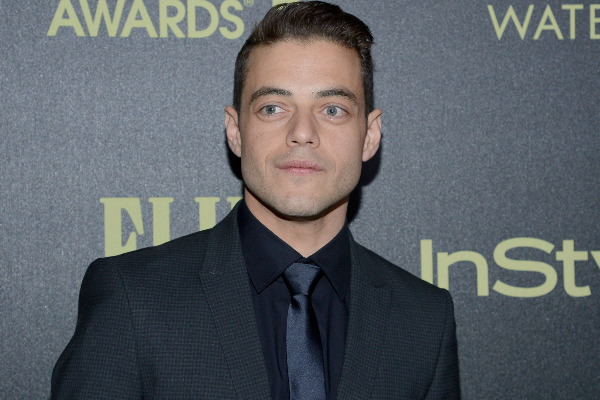 American actor Rami Malek is well-known for his roles in the “Night at the Museum” film trilogy and the “Mr. Robot” television series. He was raised in Los Angeles and graduated with a Bachelor of Fine Arts from the University of Evansville in Indiana.

A recurring part in the American comedy “The War at Home” served as his first significant TV performance. He made his acting debut in the fantasy comedy “Night at the Museum,” as Pharaoh Ahkmenrah.

He then went on to perform in “The Twilight Saga: Breaking Dawn- Part 2,” the last installment of the renowned Twilight Saga movie series, after developing a taste for acting in fantasy films.

He was also active in television, although he is most recognized for playing the lead in the widely praised drama-thriller series “Mr. Robot.”

He received an invitation to join the Academy of Motion Picture Arts and Sciences recently. Malek played Freddie Mercury in the movie “Bohemian Rhapsody” in 2018, for which he received several honors, including the “Academy Award” for best actor.

On May 12, 1981, Rami Malek was born in Los Angeles, California, in the US. His parents were immigrants from Egypt. His father worked as a tour guide in Cairo before switching to the insurance industry.

His mother works as a CPA. Sami, his younger twin brother, is four minutes younger than him. Yasmine, his elder sister, is a medical professional.

Later, he attended the University of Evansville in Evansville, Indiana, to further his education. He earned a Bachelor of Fine Arts from the university in 2003.

In the TV shows “Gilmore Girls,” “Over There,” and “Medium,” Rami Malek made his lead role in supporting parts. He had a significant part in the American comedy “The War at Home” (2005–07). It had two seasons and received largely negative reviews.

In the humorous fantasy movie “Night at the Museum,” where he had a supporting part, he made his acting debut in 2006.

He portrayed Pharaoh Ahkmenrah in the 2009 sequel “Night at the Museum: Battle of the Smithsonian,” taking over the role. Both movies were a financial success.

He appeared in “The Twilight Saga: Breaking Dawn—Part 2” in 2012. The movie, which served as the last chapter in the Twilight Saga movie series, was a big financial success. Most reviews were confused.

Later, he appeared in the drama movie “The Master.” Despite being a financial disaster, it received favorable reviews.

Ain’t Them Bodies Saints and Short Term 12 were the two movies that Malek released in 2013. He appeared in the 2014 action-thriller movie “Need for Speed.”

It was based on the same-named series of video games. Although there were different viewpoints, it was a commercial success.

The movie did well financially, but there were some negative reviews as well. He also appeared in the movie “Da Sweet Blood of Jesus” that same year.

He started starring in the drama-thriller TV show “Mr. Robot” in 2015. He played the role of Elliot Alderson, an engineer, and hacker who is hired by Mr. Robot, an anarchist insurgent. Malek received praise for his performance and was honored with an Emmy.

He played the lead in the thriller “Buster’s Mal Heart” in 2016. The reviewers praised the movie. ‘Papillon,’ a 2017 biographical drama film, is his most recent creation. Henri Charriere, a French prisoner, managed to escape from his cell in the subject of the movie.

Malek garnered several awards for his performance as musician Freddie Mercury in the 2018 film “Bohemian Rhapsody,” including the “Academy Award” for best actor. The 2019 publication of his “The Voyage of Doctor Dolittle” is planned.