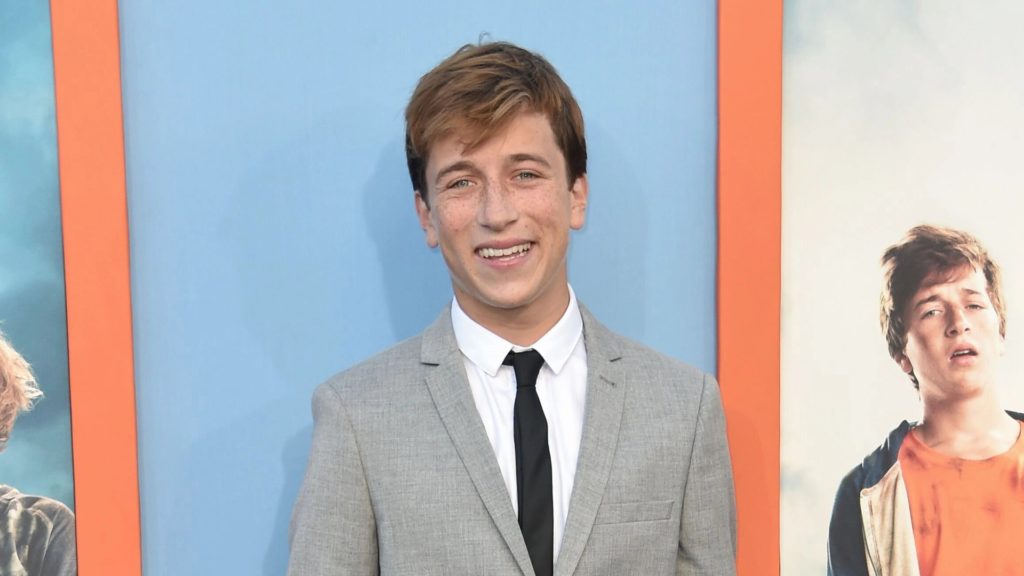 Skyler Gisondo is a famous actor from the USA. He is known for his role as Eric Bemis in the Netflix original series titled “Santa Clarita Diet”. He has appeared in other TV shows like “Criminal Minds”, “ER”, “CSI: Crime Scene Investigation”, etc.

Was Skyler Gisondo on “The Amazing Spider-Man”?

Skyler Gisondo appeared as Howard Stacy in the famous movie “The Amazing Spider-Man”.

Skyler’s father’s name is Ron Gisondo and his mother’s name is Stacey Gisondo. Stacey is the manager of her son Skyler. He doesn’t have any siblings.

Gisondo attended Milken Community School in Los Angeles and completed his graduation in 2014.

Skyler began his acting career at the age of 6. He played the role of Jeffrey in the comedy-drama TV show “Miss Match”. Skyler’s parents made his portfolio and sent them to different acting agencies. They managed to get a role for Skyler in a commercial for Pizza Hut.

After that, Skyler and his parents moved to California for better opportunities. After a lot of struggles, he got a regular role in the TBS sitcom named “The Bill Engvall Show” in 2009. Later, he portrayed the role of Young Shwan in the detective comedy-drama TV series titled “Psych” from 2010 to 2012.

Additionally, he has appeared in a number of TV shows including “Criminal Minds”, “Terminator: The Sarah Connor Chronicles”, “My Name is Earl”, “American Dad”, “ER”, “CSI: Crime Scene Investigation”, and several others.

In 2012, Skyler appeared in “The Three Stooges” which is a comedy movie based on a series of short movies of the same name. In the movie “The Three Stooges”, he played the role of Young Moe along with Sean Hayes, Will Sasso, and Chris Daimantopoulos.

Later, he got the role of Howard Stacy in Marvel’s Superhero movie “The Amazing Spider-Man” and its sequel. Skyler worked along with actors like Robin Williams, Owen Wilson, Ben Stiller and Ben Kingsley  in the comedy adventure movie “Night at the Museum: Secret of the Tomb”. The budget for the movie was $127 million and it grossed around $365 million at the box office.

Skyler appeared in the Netflix original show named “Santa Clarita Diet”. It was a horror-comedy web TV series. The show featured other artists like Timothy Olyphant, Liv Hewson, Drew Barrymore, and many more.

Why is Skyler Gisondo famous?

Skyler Gisondo is famous for his role as Eric Bemis in the Netflix original series titled “Santa Clarita Diet”.

What is the Net Worth of Skyler Gisondo?

Skyler Gisondo has earned a good amount of money throughout his career. Moreover, he has an estimated net worth of $3 million as of 2022.

Is Skyler Gisondo dating someone?

Currently, Skyler Gisondo is single. We can consider that he is currently focusing on his career.

Who played the role of Young Moe in “The Three Stooges”?

Skyler Gisondo played the role of Young Moe in the movie “The Three Stooges”.