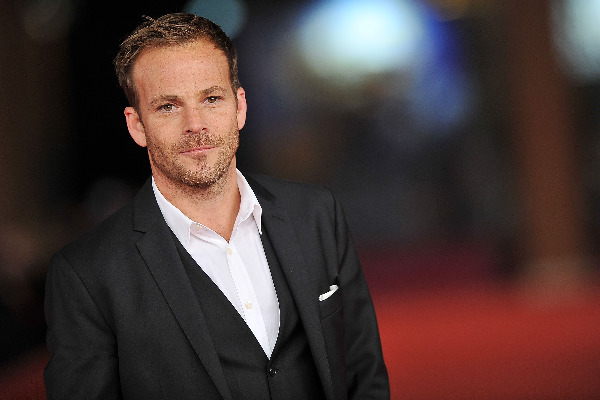 American actor Stephen Hartley Dorff Jr. has appeared in more than 50 movies. The roles of P.K. in “The Power of One,” Johnny Marco in “Somewhere,” Stuart Sutcliffe in “Backbeat,” and vampire king Deacon Frost in “Blade” are some of his most recognized.

Being the famous composer Steve Dorff’s son, Stephen got special treatment from an early age and started appearing in advertisements.

Throughout his adolescence, Stephen played a variety of parts in TV shows and films, starting his acting career at a very early age. In his private life, he has a strong relationship with his family and experienced poverty after the deaths of his mother and younger brother.

He suffers from fear and smokes often, a habit he is attempting to kick after being given an emphysema diagnosis. He has always been a party animal and enjoys taking vacations to luxurious destinations across the globe. He’s also interested in tattoos and old cameras.

Dorff was born on July 29, 1973, in Atlanta, Georgia, to Nancy Dorff, a music producer, and her husband Steve Dorff. He has Jewish ancestry on his father’s side and Catholic heritage on his mother’s.

Stephen Dorff, a Los Angeles native, made his debut as a child actor in advertisements for the Kraft Foods Group and the toy manufacturer Mattel.

He began acting in the TV show “Family Ties” when he was nine years old. He was cast in little parts while he was still in his teens on shows including “Diff’rent Strokes,” “Married… with Children,” “Blossom,” and “Roseanne.”

Additionally, he had cinematic appearances in What a Dummy, In Love and War, and I Know My First Name Is Steven. His first big break came at the age of 13 with the release of the horror film “The Gate.”

The National Association of Theater Owners recognized him with the “Male Star of Tomorrow Award” for his performance in the film.

He appeared in the films “S.F.W,” “Backbeat,” “Space Truckers,” “I Shot Andy Warhol,” “Blade,” and “Earthly Possessions” in the 1990s (1999). The people liked Dorff for his performance of Stuart Sutcliffe, the fifth Beatle, in “Backbeat.”

He co-starred with Alicia Silverstone in the 1993 music video for “Cryin” by the American rock band Aerosmith. He was one of the performers that participated in the first film available for download digitally, SightSound.com’s “Quantum Project.”

In the live television series “XIII: The Conspiracy,” he played King XIII (1998).

The music video for Britney Spears’ song “Every time” from 2004; the horror movie “Cold Creek Manor” from 2003; the films “Public Enemies” and “Black Water Transit” from 2009; and the superhit drama picture “Somewhere” from 2010 are among his most famous pieces from the following decade.

He now plays Detective Roland West in the HBO series “True Detective.” Additionally, he has created print and television advertising for the blu e-Cigs brand of electronic cigarettes.

He was thrown out of five private schools as a student. However, he gives his parents credit for watching over him and controlling his rebellious behavior. After his mother passed away in February 2008 from brain cancer, his life’s perspective completely changed.

His mother always wished for him to present a vulnerable and heartfelt character. She was his pillar of encouragement and had motivated him to do greater things his whole life.

He had difficult times as a result of his parent’s divorce and the passing of his younger brother Andrew, a composer for country music.

Since he first began watching movies and considering acting, he has wanted to work with Jack Nicholson. When they both appeared together in the 1996 film “Blood and Wine,” his wish came fulfilled.

Since his early years, he has been connected with several Hollywood beauties in terms of relationships. The charming actor is still single.

His mother’s name “Is Nancy,” his birth year “is 1973,” a small heart, Charlie Brown smoking a doobie, a lion (his sun sign is Leo), and two quotes — “Find what you love and let it kill you” and “Yesterday is history, tomorrow is a mystery, but today is a gift that is why it is called the present” — are among the many tattoos Dorff has on his body. He planned to get a tattoo of his “True Detective” character Roland West.