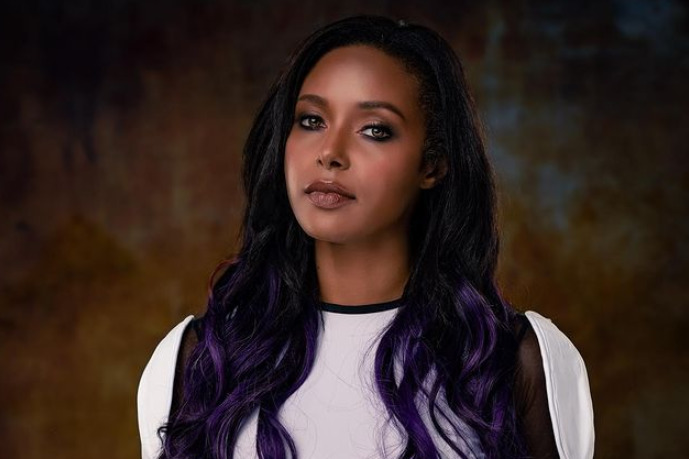 She was the first African-American woman to occupy an executive role in a major North American wrestling organization as the Chief Branding Officer of AEW. She made history as the first African-American woman to work as a ring commentator for a major American wrestling organization during WrestleMania in 2015. In 2018, she also made history as the first woman of color to compete in a Wrestle Kingdom bout. She is most known for her time as a wrestler and ring announcer with WWE (World Wrestling Entertainment) from 2011 to 2016.

She worked in a variety of companies after leaving WWE, including Impact Wrestling, Ring of Honor, and World Wonder Ring Stardom. She was also a regular on the reality show “WAGS Atlanta” (2018). In 2019, she was ranked 50th in the Pro Wrestling Illustrated magazine’s “PWI Female 100,” a ranking of the top 100 female wrestlers in the world. Brandi, Brandi Rhodes, Eden, Eden Stile are her ring names.

Brandi Rhodes’ full name is Brandi Alexis Runnels, and she was born on June 23, 1983. Her hometown is Canton, Michigan, in the United States. In the year 2021, she turned 38 years old. Her ethnic heritage is African-American, and she is of American nationality. Her zodiac sign is Cancer, and she practices Christianity. She has not talked to the public about her parents’ details. She has an elder brother, Jason Reed, with whom she spent her early formative years. She began figure skating at the age of four and competed for 17 years. Reed gave up competitive ice skating as a sophomore in college to concentrate on his studies and a possible broadcasting career.

Brandi decided to concentrate on her studies and enrolled at the University of Michigan on a scholarship. She had earned a Bachelor of Arts degree from there. She went on to get a Master’s degree in broadcast journalism from the University of Miami later on. She also worked for two years as a local news reporter before going to Miami, Florida to pursue a modeling and acting career.

Brandi Rhodes was invited to a WWE tryout in 2011 while working as a model after graduating from college. In March 2011, she signed a development deal with WWE. She was then allocated to the Florida Championship Wrestling team (FCW). At an FCW home event, she debuted with Lucky Cannon under the ring name ‘Brandi.’ She started working as a ring announcer for weekly editions of “Superstars” on May 12th. She started announcing responsibilities on NXT under the ring name ‘Eden Stiles’ on July 11th, and she also stepped in as the ring announcer for SmackDown on July 11th. She was released from her WWE contract in December 2011 at her request. Her ring name was changed to Eden, and she began working as a ring announcer again, initially on NXT. Eden has been the regular ring announcer and backstage interviewer for SmackDown and Main Event since October 2014.

Eden made her pay-per-view ring announcing debut at WrestleMania 31 in late March 2015, as well as taking over as Raw’s backup ring announcer when Lilian Garcia was recuperating from surgery. She was released from WWE on May 24, 2016, only days after her husband Cody Rhodes sought his release. Cody Rhodes’ bout against Mike Bennett at “Wrestling Under the Stars” on August 26 in Pittsfield, Massachusetts was announced on June 3, 2016.
On the 10th of October, it was revealed that she will make her singles wrestling debut at Pro Wrestling Magic against Jordynne Grace, beating her on the 15th of October. She beat Tessa Blanchard at Northeast Wrestling on July 15, 2017. In 2019, she made a surprise cameo at Rise Wrestling with Britt Baker and Nyla Rose, assisting Kylie Rae and setting up a bout between the three at Double or Nothing. TMZ claimed on September 16, 2016, that Rhodes had signed with TNA. She debuted in TNA with her husband Cody, who attacked Maria and her husband Mike Bennett. Then, on October 28, she made her in-ring debut with her husband Cody in an intergender tag team match against Maria and Mike Bennett on an edition of Impact Wrestling.

On July 29, 2017, she made her Ring of Honor in-ring debut. She overcame her stablemate Natsu Sumire in the first round of the World Wonder Ring Stardom’s 2018 Cinderella Tournament, but lost to Io Shirai in the quarterfinals. She joined All Elite Wrestling, a new wrestling organization co-founded by her husband, as chief brand officer in 2019. She also works as a wrestler there. She competed in the Casino Battle Royale at All Out and was eliminated by Baker and Allie. Rhodes became the first African-American woman to occupy an executive role in a major North American wrestling organization as the Chief Branding Officer of AEW. She challenged NBA great Shaquille O’Neal during his interview with Tony Schiavone on December 9, 2020, and she threw a glass of water on him. In addition, on November 2, 2017, she joined the cast of the E! television series WAGS Atlanta.

Ironman Heavyweight Championship of DDT Pro-Wrestling (1 time), In 2019, PWI ranked her No. 50 among the top 100 female wrestlers in the PWI Female 100.

Who is Brandi Rhodes’ husband?

Brandi Rhodes is a married lady with two children. On September 12th, 2013, she married her lovely husband, Cody Rhodes. Cody is a professional wrestler by trade. In December 2011, the couple began dating, and in November 2012, they were engaged. Brandi and Cody met while they both worked at the same WWE location, and they began dating after that. Cody was the wrestler at the moment, while Brandi was merely an announcer. On Friday, June 18, 2021, Brandi and Cody Rhodes welcomed their first child together, daughter Liberty Iris Runnels, into the world in Atlanta. Currently, the couple is enjoying a joyful life free of conflict. Her sexual orientation is that of a heterosexual woman. Brandi also landed a deal with KultureCity, a non-profit that makes large-scale events accessible to persons with special needs.

Brandi Rhodes Salary and Net Worth

Brandi Rhodes is a multi-talented woman who has worked as a professional wrestler, ring announcer, model, entrepreneur, and TV personality. In her industry, she is one of the most accomplished women. Brandi’s net worth is predicted to be $1 million as of September 2022, according to sources. Her combined compensation as an in-ring performer and AEW’s Chief Brand Officer is $3 million. Her wrestling job is her primary source of revenue, but she also makes a lot of money from her business, entertainment, modeling, and ring announcing endeavors. She is presently residing in a $3 million estate with a large yard, multiple butlers, a large swimming pool, and other amenities. She also has a number of branded automobile collections, including a BMW that costs over $80,000 and a KIA SUV that costs around $70,000. She’s also appeared in advertisements for Budweiser, KFC, Maxim, and other brands. “Confection Swimwear,” her own swimwear brand, was founded by her. She is now enjoying a wealthy lifestyle.

Brandi Rhodes stands at a perfect height of 5 ft 6 in (167.5 in), with a balanced bodyweight of 52 kg (1145 lbs). Her physical profile is sporty. Her eyes are a dark brown tint, and her hair is black. Her additional body measurements, such as waist, hip, dress, and shoe sizes, as well as other data, are currently unavailable. She has a shining face and a kind grin. Her hair is straight and lengthy. She got a tattoo of Hidden Mickey. Behind her ear, she has a tattoo.

She is now the Chief Brand Officer of All Elite Wrestling, a professional wrestling organization. She has worked as a ring commentator for WWE and wrestled briefly for Impact Wrestling and Ring of Honor. She was also a cast member of the E! reality show WAGS Atlanta.
She was a figure skater and a television news caster before turning to wrestling.