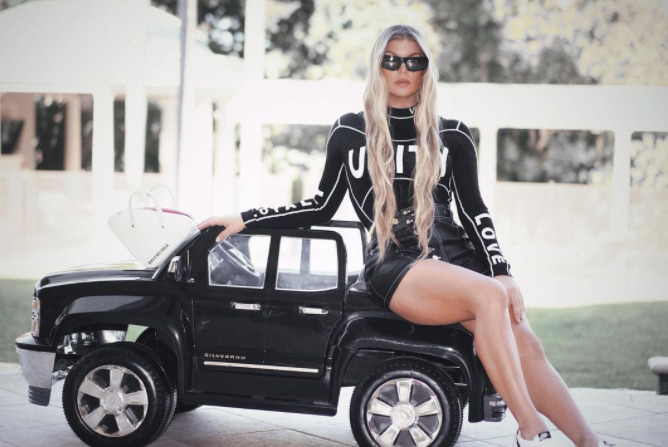 Fergie is an American singer, songwriter, and actor. She originally rose to fame as a member of the hip hop group the ‘Black Eyed Peas.’ Fergie released her first studio album “The Dutchess” on September 19, 2006, which included the hits “London Bridge,” “Glamorous,” and “Big Girls Don’t Cry.”

The album was a worldwide hit, selling 8 million copies. It reached #2 on the Billboard 200 list. She is most known for her time as a member of the hip-hop group The Black Eyed Peas’ female singer. She made her acting debut in the 1986 horror/comedy film “Monster in the Closet,” in which she played Lucy. She made her television debut as Stacy in the American children’s television show “Kids Incorporated.” She also holds the distinction for being the show’s longest-serving cast member.

She released two additional albums with the Black Eyed Peas, “The E.N.D.” in 2009 and “The Beginning” in 2010. Double Dutchess, her second solo album, was released in 2017. Will be the vocalist from the Black Eyed Peas. In an interview with the Daily Star, i.am revealed Fergie’s departure from the band. Stace, Fergie, The Dutchess, and Fergalicious are some of her nicknames. Jon Patrick Ferguson, Fergie’s father, died recently.

Fergie’s full name is Stacy Ann Ferguson, and she was born on March 27, 1975. She was born in the United States and comes from a mixed ethnic heritage, with German, English, Irish, Northern Irish/Scots-Irish, Swedish, Luxembourgish, and Scottish ancestors. Her birthplace is Hacienda Heights, California, United States of America. Her zodiac sign is Aries, and she practices Roman Catholicism. Her father, Jon Patrick Ferguson, and mother, Theresa Ann Ferguson, are her parents. Her father and mother are both school teachers by profession.

Jon Patrick Ferguson, her father, died on August 27, 2021, at the age of 74. Dana Ferguson, her younger sister, is also her sibling. In the year 2021, she turned 46 years old. She filed a petition in Los Angeles County Superior Court in 2013 to officially change her name to Fergie Duhamel and acquire her husband’s last name, Josh Duhamel. She went to Mesa Robles Middle School and Glen A. Wilson High School in Hacienda Heights, California, for her schooling. She was a Girl Scout, a cheerleader, a straight-A student, and a spelling bee winner.

Fergie started her career as a voiceover artist. She later voiced Sally in four episodes of “The Charlie Brown and Snoopy Show,” as well as two made-for-television “Peanuts” cartoons, “It’s Flashbeagle, Charlie Brown” (1984) and “Snoopy’s Getting Married, Charlie Brown” (1985).
From 1984 until 1989, she featured in the television sitcom “Kids Incorporated.” She was a part of the female trio “Wild Orchid,” which she led with Stefanie Ridel and Renee Sandstrom, who she met on the set of Kids Incorporated. They then acquired a record deal with RCA Records in 1994 after striking a song publishing arrangement with Sony Publishing. The female trio “Wild Orchid” debuted at #153 on the Billboard 200 with their self-titled first album in March 1997. In September 1998, they released their second album, “Oxygen.” From the 16th of June until the 28th of August in 1999, they accompanied Cyndi Lauper on Cher’s Do You Believe? tour. They also finished a third album, which was rejected by their record company. She departed the group in 2001. She left Wild Orchid in 2006, citing dissatisfaction with the band’s image as well as personal drug problems in an interview with “Entertainment Weekly.” When the Black Eyed Peas were making their third album, “Elephunk,” she was requested to audition for a song called “Shut Up” by rapper and vocalist will.i.am (2003). She became close with the group and went on to record five more songs for the album.

‘Where is the Love?’ from the album “Elephunk” became the Black Eyed Peas’ first big success, peaking at number eight on the Billboard Hot 100 and topping the charts in a number of other nations. The band’s second album, “Monkey Business,” was released on June 7, 2005. The RIAA subsequently certified the album triple platinum. “Pump It,” “Don’t Phunk with My Heart,” “Don’t Lie,” and “My Humps” are the album’s singles. They began their “European Tour” in December 2005. The Black Eyed Peas traveled again in March 2006, this time as the main headliner for the Honda Civic Tour. Her first solo album “The Dutchess” was released in September 2006, and it included the lead hit “London Bridge,” as well as “Fergalicious,” “Glamorous,” “Big Girls Don’t Cry,” and “Clumpsy.” She then returned to acting in 2006, as a nightclub singer in the version of “Poseidon.” She then starred in the 2007 film “Grindhouse” and the 2009 musical film “Nine” as a supporting character.

On December 31, 2006, she started hosting Dick Clark’s New Year’s Rockin’ Eve on ABC. Fergie and the Black Eyed Peas stayed with Interscope Records after leaving A&M Records. The E.N.D (“The Energy Never Dies”), their fifth studio album, was released on June 9, 2009, and features the lead song “Boom Boom Pow.” The Beginning, their sixth studio album, was released on November 30, 2010.
She became a part-owner of the Miami Dolphins of the National Football League in October 2009. In May 2010, she released her first fragrance, “Outspoken.” In 2013, she stated that she has started composing her second solo studio album.

Who is Fergie’s husband?

Fergie has previously been married. She is believed to be single as of now. At this time, there are no reports or speculations that she is dating or having relations with anybody. She is enjoying a happy single life with no interruptions. She seems to be on the lookout for the ideal mate who would really understand her. Her sexual orientation is that of a heterosexual woman. She presently lives in Los Angeles, California, in the United States.

She dated actor Mario Lopez briefly in 1984 when they were both working on the TV program Kids Incorporated. She was Mario’s first kiss, he confessed. They eventually separated up. She had a relationship with singer Justin Timberlake in 1996 after that. In September of that year, she started dating Josh Duhamel. On December 25, 2007, the couple became engaged, and on January 10, 2009, they married in a Catholic ceremony. Axl Jack Duhamel, the couple’s son, was born on August 29, 2013, and is the couple’s second child. In 2017, the couple divorced, which was confirmed in September 2017. They filed for divorce on June 1, 2019, after a few years of marriage, and it was completed in November 2019. Fergie has two dogs called Zoe and Meatloaf which are her pets (Died on April 1, 2012, due to brain disorder).

In an interview in April 2007, she acknowledged that when she turned eighteen, she embarked on a sex and drug binge, adding, “I have had lesbian encounters in the past.” I’m not going to reveal how many guys I’ve slept with, but I am a highly sexual person.”

Fergie is a multi-talented singer and actress who has amassed a sizable wealth through her professional endeavors. Fergie’s net worth is estimated to be $45 million in 2022. Her primary source of money is the music business, while her secondary source of wealth is her work in the entertainment sector. She is now enjoying a wealthy lifestyle. She’s also endorsed brands including Wet n Wild Cosmetics (2012) and Motorola ROKR. She started appearing in Dr Pepper Cherry advertisements in January 2011. Outspoken by Fergie, her first fragrance, was released in May 2010 under the direct selling beauty and cosmetics company Avon, and she went on to release more fragrances in her Outspoken line, including Outspoken Intense in 2011, Viva by Fergie in 2012, Outspoken Fresh in 2013, and Outspoken Party! in 2015. “Say What You Mean It,” is the slogan for her fragrance brand. Her current salary and income are unknown at this time, but there is no question in the minds of her fans that she is earning millions of dollars.

What is Fergie’s Height and Weight?

Fergie is a stunning vocalist who stands at 5 ft 2.5 in (159 cm) tall. Her ideal weight is 57 kilograms (126 pounds). Voluptuous is her body type. Her blonde hair is complemented by her blue eyes. She has a buxom body with glittering eyes, arched eyebrows, and a deep sexy voice. Her body measurements are 36-26-30 in (91.5-66-76 cm) and 36-26-30 in (91.5-66-76 cm). Her shoe size is 7 (US) or 4.5 (UK) or 37.5 (EU) and her dress size is 8 (US) or 40 (EU) (EU). She takes great care of her physique. She acquired a crystal methamphetamine addiction while playing with Wild Orchid, which followed her when she quit the band in 2001. She spoke with Time magazine in September 2006 about her struggle to overcome her crystal meth addiction. She remarked, “It was the worst relationship I’ve ever had to break up with.” “It’s the drug that makes you addicted.” What’s intriguing is why you started doing it in the first place. Being a young actress taught me a lot of things, including how to repress my emotions.”

Stacy Ann Ferguson is Fergie’s birth name. Her ancestors are from Germany, England, Ireland, Northern Ireland/Scots-Irish, Sweden, Luxembourg, and Scotland. Dana Ferguson, her younger sister, is also her sibling. She filed a petition in Los Angeles County Superior Court in 2013 to officially change her name to Fergie Duhamel and acquire her husband’s last name, Josh Duhamel. From 1984 until 1989, she featured in the television sitcom “Kids Incorporated.” In an interview with the Daily Star on February 18, 2018, will.i.am revealed Fergie’s departure from the band. Fergie has two dogs called Zoe and Meatloaf which are her pets (Died on April 1, 2012, due to brain disorder).