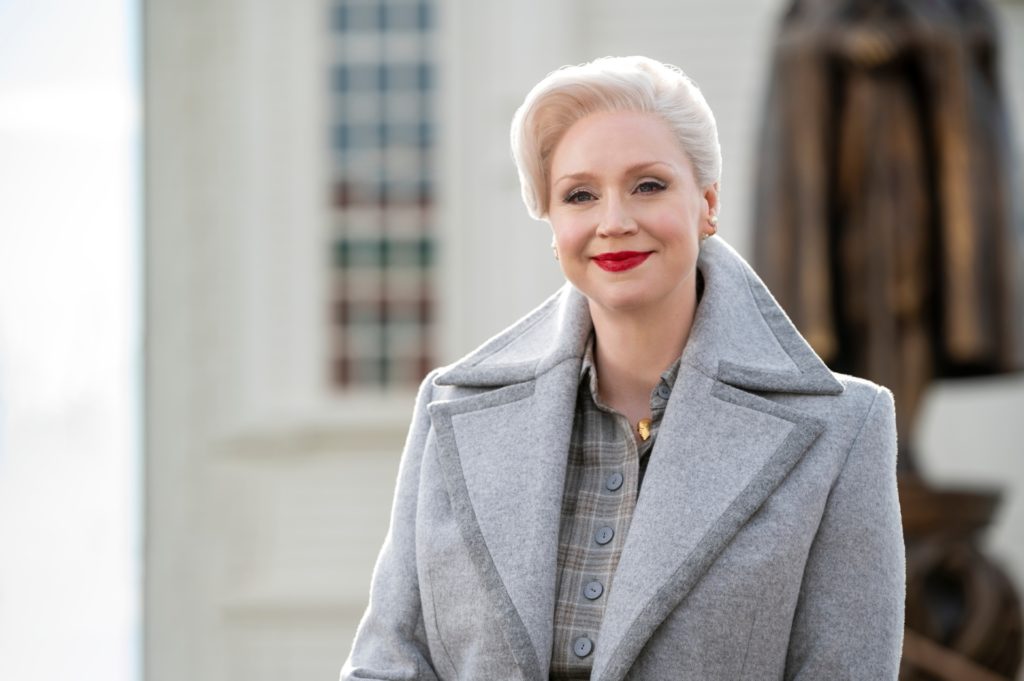 Gwendoline Christie is an English actress who is best known for playing Brienne of Tarth in the hit HBO series Game of Thrones and, more recently, Larissa Weems in the popular Netflix series Wednesday.

Gwendoline Christie was born on October 28, 1978, in the English town of Worthing, West Sussex. Her full name is Gwendoline Tracey Philippa Christie. She is British by nationality and her ethnic background is English.

There is no information regarding her parents. It is known that her father worked in sales and marketing and her mother is a housewife. Besides, she has two half-brothers.

Gwendoline used to practice semi-professional gymnastics as a kid, but a spinal injury stopped her from continuing.

She then went to study at the Drama Centre London, where she later graduated in 2005. She then moved to London in order to pursue a career in acting.

How tall is Brienne in real life?

Gwendoline made her acting debut playing a role in the movie “The Time Surgeon.” She got her breakthrough role as “Brienne of Tarth” in the hit HBO series “Game of Thrones.”

She then appeared as Captain Phasma in Star Wars: The Force Awakens. She has played roles in movies including  “The Imaginarium of Doctor Parnassus”, “The Zero Theorem”, and “The Hunger Games: Mockingjay – Part 2”.

Recently she played the role of Larissa Weems in the famous Netflix series Wednesday. In the series, she acted alongside lead actresses Jenna Ortega and Emma Myers.

Gwendoline was nominated for Saturn, and ACCA awards.

Who is Gwendoline Christie’s Husband?

Gwendoline has been in a relationship with fashion designer Giles Deacon since early 2013.

What is Gwendoline Christie’s Net Worth?

Gwendoline has an estimated net worth of $4 million.