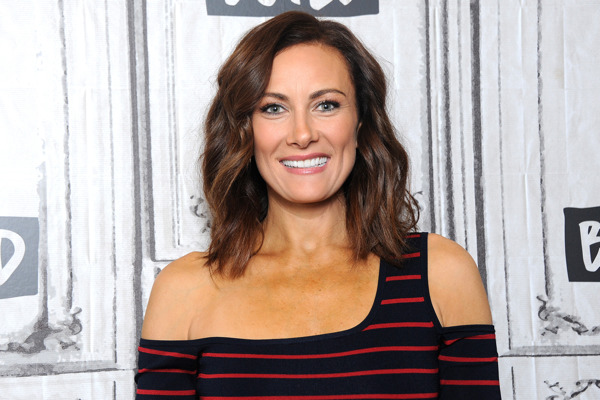 Laura Benanti was born on July 15, 1979, in New York City, New York, to Linda Wonneberger and Martin Vidnovic as Laura Ilene Vidnovic. Her father is a Broadway actor and singer, while her mother is a voice coach and former actress.

Her parents divorced when she was young, and she moved to Kinnelon, New Jersey, with her mother and stepfather Salvatore Benanti. Her real dad worked as a psychotherapist.

She had a strong interest in musical theater since childhood and grew up listening to Stephen Sondheim’s music. She had kept herself apart from other children since she was a small youngster.

In 1997, the actress graduated from Kinnelon High School. There are currently no data about her educational history available.

Initially, the singer Benanti’s professional career began when director Robert Johanson chose her to play Liesl in the Broadway revival of “The Sound of Music” in 1998. The rising star played Cinderella in the Broadway version of “Into the Woods.”

Laura Benanti acted as a regular cast member in the short-lived FX series “Starved” in 2005, followed by two distinct movies the following year, notably “Take the Lead” and “Falling for Grace.” In the year 2008, the actress had a recurring role in the ABC TV sitcom “Eli Stone.” She played Dr. Atticus Sherman’s wife in a single episode of “The Big C” season 2, followed by a recurring role as Det. Nick Amaro’s wife on “Law & Order: Special Victims Unit” in 2011 and 2012.

Despite her forays into on-screen work, Laura remains committed to the theatre.

Laura Benanti’s Net Worth and Salary

Benanti is estimated to have a net worth of $1 million.

Who is Laura Benanti’s Husband?

Since 2015, she has been married to Patrick Brown. Ella Rose Benanti-Brown, the couple’s beautiful daughter, was born to them.

Laura Benanti has a body measurement of 34-25-32 inches. She also has a lovely and fit hourglass-shaped figure, standing 5 feet 8 inches tall and weighing 58 kg. She has brown eyes and blonde hair.