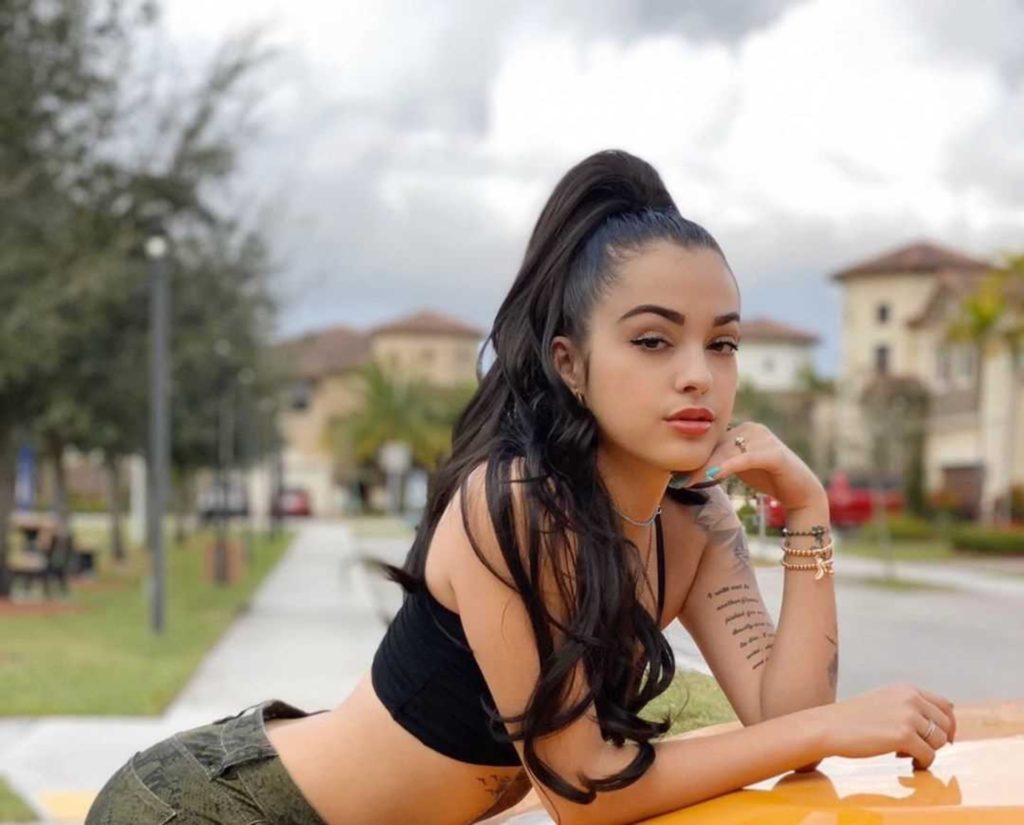 Malu Trevejo is a singer, dancer, and social media personality from Cuba. She became famous after uploading her dancing videos on “TikTok“.

Trevejo also has a self-titled YouTube channel which has over 1.56 million subscribers.

Which is the first song of Malu Trevejo?

Malu Trevejo was born Maria Luisa Trevejo on October 15, 2002, in Havana, Cuba. Her zodiac sign is Libra and she holds Cuban nationality.

Trevejo’s father is Spanish and her mother is Cuban. However, she has not revealed the name of her parents. She moved to Madrid, Spain along with her mother when she was around 2 years old and lived there for 12 years.

Malu started belly dancing at an early age. She created a Musical.ly account and started uploading lip-syncing and dancing videos.

Why is Malu Trevejo famous?

Malu Travejo is famous for her videos which she uploads on video sharing app “TikTok”.

At the age of 14, Malu signed a recording agreement with In-Tu Linea and Universal Music Latin. Later, on September 22, 2017, she released her debut song named “Luna Llena”.

An English version of the song “Lune Llena” was also released for non-Spanish speakers. After that, in December 2017, Malu recorded and released her second song named “En Mi Mente”.

On August 2, 2019, Malu released a 4 track EP titled “Una Vez Mas”. Her song “Luna Llena” reached number 18 on the Hot Latin Songs for two weeks and was certified Gold and platinum within 1 month.

While hosting an Instagram live, Malu mentioned COVID-19 as the “Chinese Virus” and said, “I’m sorry — not trying to be racist, but every time I see a Chinese Person I go [inhalation noise]…don’t breathe”.

After that, she faced criticism from the Asian-American community. Seven hours later, Malu apologized for her comments.

What is the Net Worth of Malu Trevejo?

Malu Trevejo has earned a good amount of money throughout her career. Moreover, she has an estimated net worth of $1.22 million as of 2022.

Which is the second song of Malu Trevejo?

Is Malu Trevejo dating someone?

Previously, Malu Trevejo dated rapper Swae Lee in June 2021. But, their relationship did not last long. Currently, Malu is single.