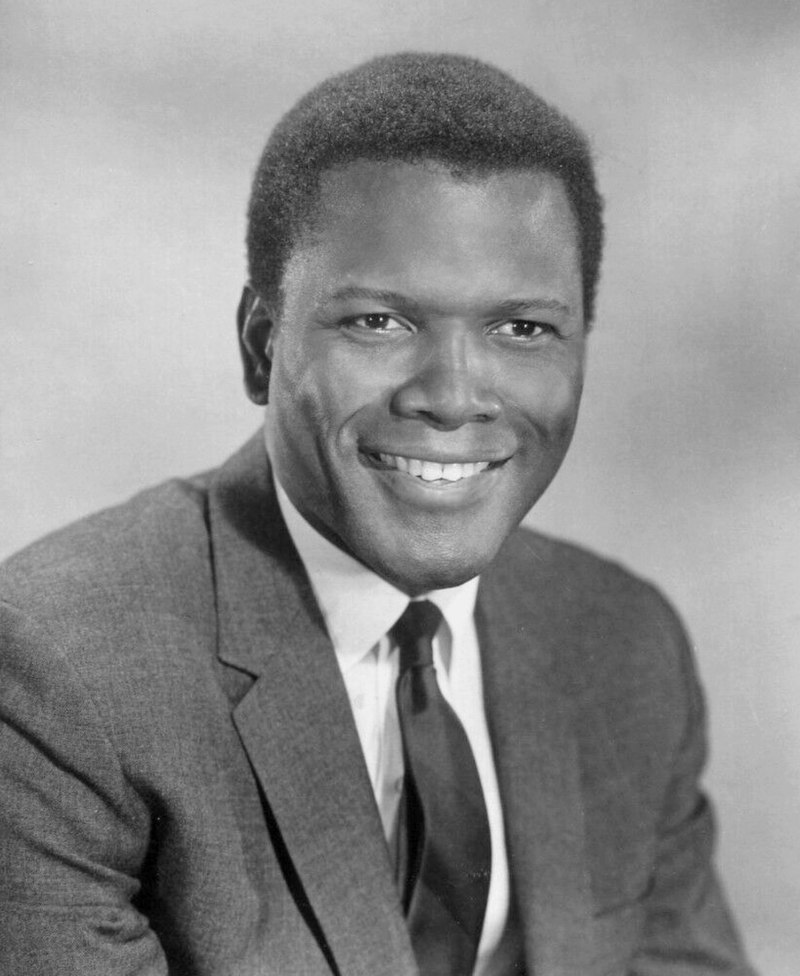 Sidney Poitier traveled to New York to seek an acting career after a delinquent childhood and a brief tour in the United States Army. He became a member of the American Negro Theater and eventually found work in Hollywood. He became the first African American to win an Academy Award for Best Actor for his portrayal in the 1963 picture Lilies of the Field.

Sidney Poitier has directed films such as Buck and the Preacher and Stir Crazy. In 1974, the famed actor was knighted, and in 2009, he was awarded the Presidential Medal of Freedom.

Sidney Poitier was born on February 20, 1924, in Miami, Florida, but reared in the Bahamas. He was the son of Reginald and Evelyn Poitier. His father was a tomato grower, and his family was impoverished. Nonetheless, Poitier subsequently revealed to Frank Spotnitz in American Film that his father “had a fantastic sense of self. Every time I played a role, from the first one, from the first day, I thought to myself, ‘This must reflect positively on his name.'” When Poitier was eleven years old, his family relocated from the settlement of Cat Island to Nassau, the Bahamian capital, and it was there that he first encountered the enchantment of the cinema. At the age of fifteen, Poitier returned to Miami to live with his elder brother Cyril.

Poitier moved to New York City when he was sixteen, after briefly serving in the army. He then worked at a restaurant as a dishwasher. He went to an audition at the American Negro Theater after seeing an ad for performers in the newspaper. Poitier’s Caribbean accent and weak reading abilities irritated theater co-founder Frederick O’Neal. “He rushed up on stage, enraged, grabbed me by the scruff of my trousers and neck, and marched me toward the door,” Poitier recalled the Los Angeles Times. Poitier motivated to succeed, remained working in the restaurant but spent his leisure time listening to radio programs to enhance his speaking skills. Later, he returned to the theater, where he was employed as a janitor in exchange for acting training

The cause of death for iconic actor Sidney Poitier, who passed away on January 6 at the age of 94, was listed as heart failure on his death certificate. According to the certificate, which CNN received on Tuesday, Poitier died at his Beverly Hills home in California as a result of cardiac failure. As stated in the certificate, underlying health concerns such as Alzheimer’s dementia and prostate cancer are indicated as potential causes.

Sidney Poitier is a tall and imposing Hanxom guy with an approximate height of 176 cm and a height of 1.76 m in meters and 5.9 feet in inches in feet and inches. His weight is around 80 kg (approximately 186 lbs) in pounds, and his eye color is black, with white hair. In addition, he has black eyes and white hair.

In a play called Days of Our Youth, Poitier understudied for actor-singer Harry Belafonte (1927–) and appeared one night in a staging of the Greek comedy Lysistrata, which led to a modest part in the play. However, reviewers were pleased by Poitier’s short debut, which resulted in his gaining additional employment, despite his nervousness on opening night.In the 1950 film No Way Out, Poitier played a doctor who is haunted by the racist brother of a man whose life he could not save and who is enraged by the doctor’s inability to help him. Throughout the 1950s, Poitier had a steady acting career, playing in films such as Cry, the Beloved Country, The Blackboard Jungle, and The Defiant Ones.

As a pair of shackled escapees, Tony Curtis (1925–) portrays how their shared fight teaches them to see beyond their differences and value one another’s contributions. He made his imprint on American popular culture in the 1960s. After starring in the film adaptation of Lorraine Hansberry’s play A Raisin in the Sun, Poitier was cast as an American soldier in Lilies of the Field, a character he had perfected on the stage (1963). He was the first African American to win an Academy Award for Best Actor for this performance.

In 1967, Poitier starred in three box-office successes. Acting as a schoolteacher into Sir, With Love and as Virgil Tibbs, an African American investigator in In the Heat of the Night, he gained respect from the town’s prejudiced police chief. A white lady is Poitier’s fiancée in the Spencer Tracy and Katherine Hepburn starred Guess Who’s Coming to Dinner. The love between two people of different races in Hollywood has never before been seen in a film that did not end tragically. In an interview with the London Times’ Susan Ellicott, actor Sidney Poitier shared his thoughts on the emotions the filmmakers were experiencing at the time “I met their requirements. It was obvious that I was a bright person. I had a decent acting career. The idea of a free society appealed to me, as did the idea of fraternity. Racism and segregation [based on race] were two things I abhorred. And I served as a symbol of resistance to all of it.”

In terms of his personal life,  Poitier is married. It was in 1950 that he married Juanita Hardy, and they divorced in 1965. Again He married Joanna Shimkus and they had six children, but he did not reveal their names.