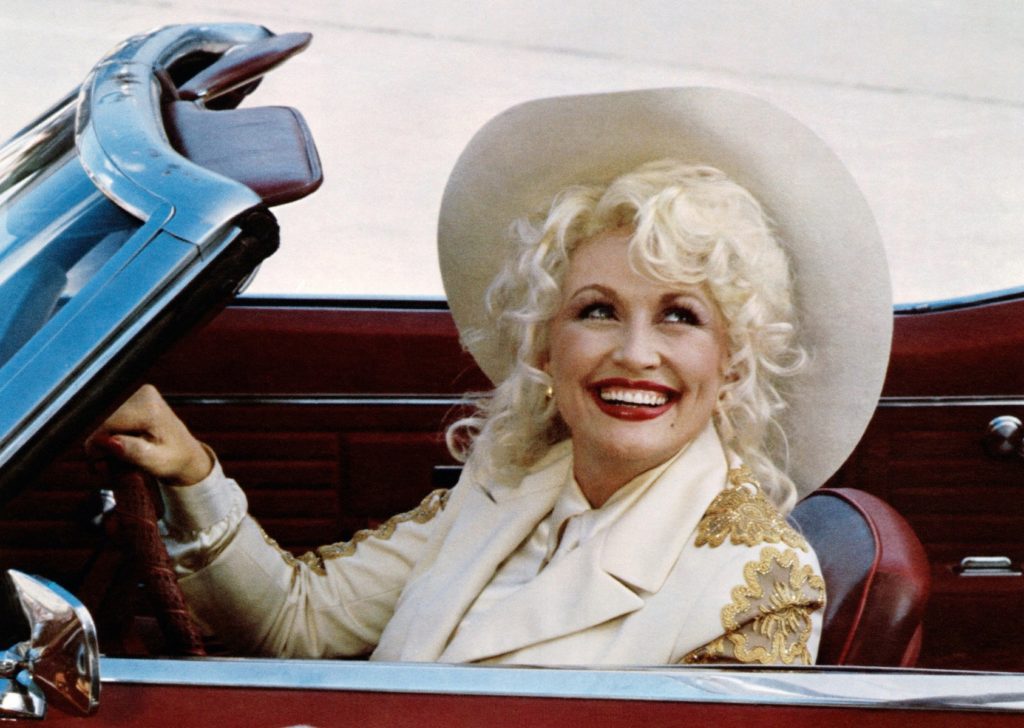 Dolly Parton is a well-known singer, songwriter, author, actress, and businesswoman. She is also known for giving back to the community. Dolly Parton got her start in the business when she was only 13. She became famous as a lyricist at first, but later she did well in other areas as well.

Dolly, the name of the first cloned sheep, was chosen to honor Dolly Parton.

Dolly is best known for her country music, and in the United States of America, she is a star in this genre. She has written and put together more than 3000 songs over the course of her career, which spans more than 60 years. She has won many awards, including Grammys, Country Music Association Awards, American Music Awards, and two Oscar Award nominations.

Dolly Parton had 46 Grammy Award nominations, which was the most of any artist until 2013. She has also been taught how to play the piano, banjo, and guitar, in addition to singing. Dolly Parton has spoken out in favor of LGBT equality, and the LGBT community sees her as an icon. People know that Dolly Parton comes from English, Irish, German, and Scottish roots.

Dolly Parton was born in Sevier County, Tennessee, on January 19, 1946. She was the fourth of twelve children born to Robert Lee Parton and Avie Lee. Her father was a farmer and her mother worked in construction. She later said that her family didn’t have much money.

Dolly Parton’s whole family liked music, and her mother taught her how to sing. She says that her uncle Bill Owens helped her get started in music when she was young.

After she graduated from high school in 1964, she moved to Nashville, Tennessee, to pursue a career in music.

There’s something special between Dolly Parton and Miley Cyrus. Parton is Miley Cyrus’ godmother, and that’s not the only thing they have in common. They are also two of the most successful singers in the music business. Over the years, the two have shown on stage and in movies how close they are to each other.

Dolly Parton’s first paid gigs were on TV and radio shows in Knoxville, Tennessee, when she was 10 years old. In 1967, when she worked with entertainer Porter Wagoner on the Porter Wagoner Show, her career began to take off. This partnership also helped her get a contract with RCA Records to make music.

As a duet with Porter Wagoner, she released her first single on RCA Records in 1967. It was a cover of Tom Paxton’s song “The Last Thing on My Mind,” which went to number ten on the country charts in early 1968. Over the next six years, this duo had a string of top ten singles that couldn’t be broken.

Parton’s first No. 1 Country single was “Joshua,” which came out in 1971. In the years that followed, she had many more hit singles and duets, such as “Coat of Many Colors,” “Burning the Midnight Oil,” “Touch Your Woman,” and “The Right Combination.”

Around this time, Dolly decided to end her partnership with Porter Wagoner so she could pursue her dream of having a solo career. But they still got along well, and he kept helping Dolly Parton with her records. They kept making duet albums, and their last one, “Say Forever You’ll Be Mine,” came out in 1975.

Dolly tried to get more attention by switching from country music to pop. In 1976, she started working with talent manager Sandy Galling, who became her personal manager and stayed with her for the next 25 years. In the same year, she put out an album called “All I can Do.” But their first few albums didn’t reach the top of the charts, even though they were pretty well-liked.

In 1977, she put out “Here You Come Again,” which went to the top of the Pop and Country Music charts. In 1978, this was the first time she won a Grammy Award. Dolly Parton kept having hit songs that were at the top of the country music charts for the next two years. During this time, she was on TV more than once for interviews and to host shows.

In 1980, she had more hits like “Starting Over Again,” “Old Flames Can’t Hold a Candle to You,” and “9 to 5,” which made her even more popular. In 1980, Dolly Parton also played a role in the comedy movie “9 to 5.” In 1981, the theme song from this movie was at the top of the charts for adult contemporary, pop, and country music all at the same time. Dolly Parton was the only singer who had a record like this.

Dolly Parton opened a theme park in Tennessee called “Dollywood” in 1986. The amusement park is still a popular place to visit.

Dolly Parton was still doing well in music and selling a lot of records in the middle of the 1980s. But her deal with RCA Records ended at the same time, and in 1987 she signed a deal with Columbia Records. Together with songwriter and singer Emmylou Harris and singer Linda Ronstadt, she put out the album “Trio” in the same year. It was a hit and got a lot of praise from critics.

With the album “Rainbow,” Dolly Parton kept trying to make it big in pop music. Later, she focused on country music. Her songs “Yellow Roses” and “Why’d You Come in Here Lookin’ Like That” were both No. 1 hits.

Why does Dolly cover her hands?

Parton told Vanity Fair, “When I first started getting tattoos, I used most of them to cover up scars I already had because I tend to have keloid scar tissue.” If I get a scar, it usually has a purple tint that I can’t get rid of.

In 1992, when Whitney Houston recorded Dolly Parton’s song “I Will Always Love You” for the movie “The Bodyguard,” it brought her a lot of money and fame. Both the song and the album were huge hits.

In 1993, her album “Slow Dancing With the Moon” received a lot of praise from critics. The same year, the people who wrote her song “The Day I Fall in Love,” which was in the movie “Beethoven’s Second,” were nominated for an Academy Award for Best Original Song. Until the late 1990s, her songs were liked and stood out for being different.

Since then, she has been busy by going on musical shows, putting out her own album of songs, and other things. She worked with Kenny Rogers on the album “You Can’t Make Old Friends,” which came out in 2013. Blue Smoke was her 42nd album, which she put out in 2014.

Her best-known song is “I Will Always Love You,” which she wrote, composed, and sang herself. It was the second single from her 1974 album “Jolene.” Since Whitney Houston covered the song for the 1992 movie “The Bodyguard,” it has become one of the best-selling singles of all time.

Did Dolly Parton have babies?

Dolly Parton is a country music legend who is loved by people of all ages. She has a big family and gets along well with kids, but she and her husband Carl Dean have never had children of their own.

The Dollywood Foundation was set up by Dolly Parton in 1996. The foundation focuses on literacy and has helped kids in over 1600 communities in the United States, Canada, Australia, and the United Kingdom learn to read.

Dolly Parton has also worked for the American Red Cross and the fight against HIV/AIDS. PETA’s ad campaigns have used her music.