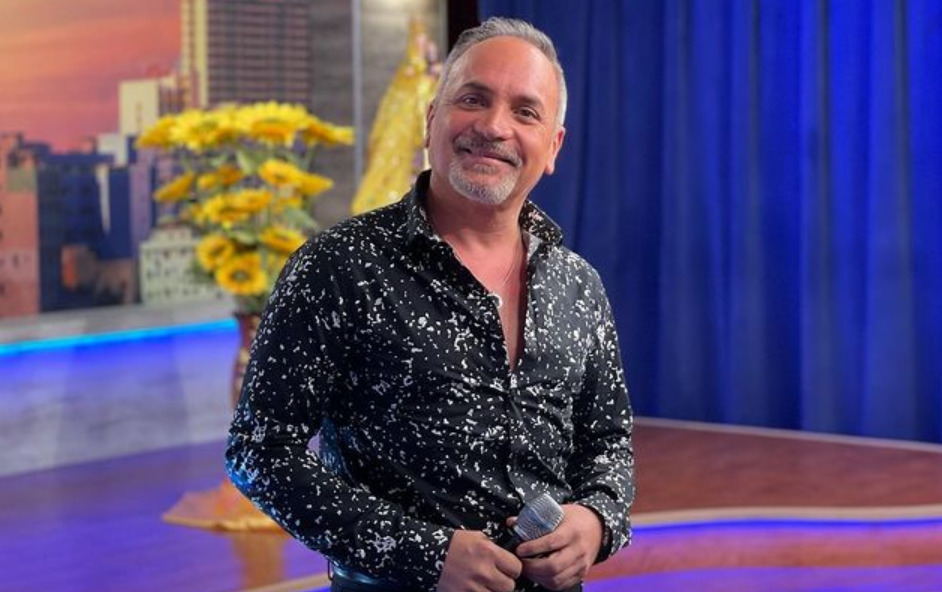 Luis Alberto Jara Cantillana, better known by his stage name Luis Jara, is a Chilean musician, television host, and former actor. Lucho Jara is another name for him. He is well-known for releasing more than a dozen popular albums and for starring in television programs such as “Mucho Lucho,” “Vertigo,” and “De Aqui no sale.” He played Juan Jose “El Turco” Aguad in the teleseries “De cara al manana” and Pato in the Canal 13 series “Los titeres.” His first role in the entertainment industry was in the Univision series “Sabados Gigante” as a member of the Child’s Clan. Luis is also active on social media, with over 604k Instagram followers and over 105K subscribers on his Youtube channel.

Being a singer, television host, and former actor from Chile.
For the release of over a dozen hit albums and as the star of television programs such as “Mucho Lucho,” “Vertigo,” and “De Aqui no sale,” among others.

What is the real name of Luis Jara?

Luis Jara was born on October 25, 1965, in Santiago, Chile, with the name Luis Alberto Jara Cantillana. He was born in Chile and comes from a Chilean white ethnic background. Similarly, he is a Christian who belongs to the white race. Jara’s current age is 56, which he celebrated in 2021, and his star sign is Scorpio, according to his birthdate. Luis Jara Vergara (father) and Alba Rosa (mother) are his parents (mother). Luis has a younger sister named Andrea Jara. Sadly, his mother died of cancer on May 25, 2013.

What is Luis Jara’s profession?

Luis Jara began his career as an actor in the show “Sabados Gigantes,” followed by a role in the Television Nacional de Chile’s soap opera “De Cara al manana” in 1982. In 1984, he appeared in the successful teleserial “Los titers” from Canal 13 and won a festival with the song “Amame” in the spectacular TV show “Martes 13” in 1985. In the same year, he releases his debut album, “Amame.”In 1995, he would expand his repertoire to perform his first recital, “Concierto de Antologia,” as well as begin his career as a TV host for Chilevision with the show “Cuanto valor el show?” He also has two excellent TV series on the channel: “De Aqui no sell” and “Calor humano,” which lasted until December 2002, and he later released “Para Que no me olvides” and “Lo Nuestro Ayer y Hoy” in 1998.
In 2002, he records his self-titled album and releases his single “Manana,” and the following year, he inks a deal with Canal 13 and debuts as a TV host of “La Movida del Festival” in 2003.

Jara’s TV career began with the hit show “Mucho Lucho,” in which he hosted his own prime-time comedian and discussion show. He released his album Mi Destino in 2002, then two years later, he released “Tanto Amor” in 2003, and on March 1, 2007, he made his debut on Canal 13’s new morning TV show, “Juntos, El Show de la Manana.”He publishes his new album “Swing” in 2008 and joins MEGA in 2009, where he makes his TV debut on March 20th in the show “Morande con Compania” and hosts his first TV show “Un golpe de Lucho.” Jara began hosting the first season of Tu Cara me Suena on February 29, 2012, after hosting the talent and game program “Coliseo romano” in November 2011. On March 19, 2012, he began hosting the game show “Salta a la vista.”

Luis Jara’s Wife: Who Is She?

Luis Jara is a husband and father. He married his lovely wife Silvana Hasbun, with whom he has three children named Nicolas Jara Hasbun, Cristobal Jara Hasbun, and Luis Felipe Jara Hasbun. Jara and Hasbun appear to be very content in their home. She is a strong supporter of him and his chosen vocation. Luis is straight in terms of sexual orientation.

Luis Jara is a skilled man with a net worth of $1.5 million as of 2021, although his specific salary has yet to be revealed. He has made a significant amount of money through his vocation as a musician, television host, and former actor, and he is dedicated to his work. However, he is putting in all of the effort necessary to achieve a stable financial situation for himself and his family.

Luis Jara stands 1.7 meters tall and weighs roughly 165 pounds (75 kg). He has dark brown eyes and short grey hair that he finds attractive. Furthermore, his body type is average. Luis has been healthy, fit, and in good health up to this point.

His debut role in the entertainment world was in the Univision series Sabado Gigante’s Child’s Clan segment.
In the early 1980s, he had a brief telenovela career, appearing in the series De Cara al Maana and Los Tteres.
In 2012, he released the smash tune “Dos corazones Rotos,” which featured Americo on vocals.
He is well known for his more than a dozen popular albums and for starring in television shows such as Mucho Lucho, Vertigo, and De aqua no sale.
Scorpio is his zodiac sign.